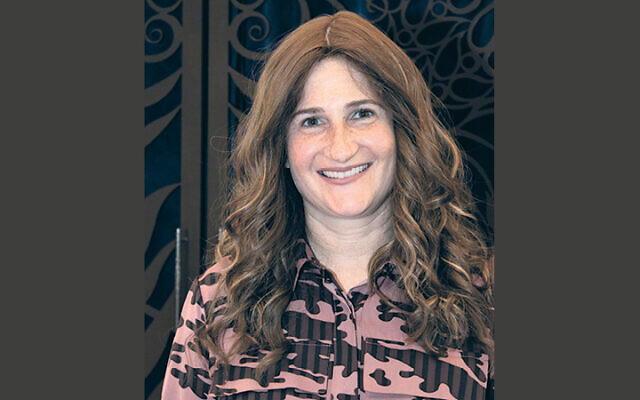 The Orthodox Union’s Women’s Initiative’s mission is to help Orthodox women learn, grow, and expand spiritually and practically; to develop their leadership skills, and to expose them to scholarship and to encourage them to create and maintain their own relationships to Jewish texts, prayer, thought, and spirituality.

The Women’s Initiative had begun to develop a series of time-based, in-person lectures; it would send women out into communities — or into their own communities — to teach at particular seasons. Counting Toward Sinai, for example, brought speakers to shuls during the time between Pesach and Shavuot, when the omer is counted. Another program was targeted at Three Weeks leading up to Tisha B’Av.

There also is a program of talks during the month of Elul, which culminates in the High Holy Days.

This year, as everyone sentient in it knows, is different. No one is going anywhere. There are no groups gathered to listen to anyone saying anything.

But the Women’s Initiative realized that just because it’s not possible to listen to a voice in person, we still can listen to voices, and the need for wisdom is if anything even stronger than it has been. So it’s been releasing podcasts, videos, and audio recordings of scholars, all women, talking to other women, to men, to anyone who can click online. And it’s a tradeoff — you lose the electricity and intimacy of an in-person talk, but that same talk can reach so very many more people.

Right now, the Women’s Initiative is releasing a series of videos and audios called Yemei Ratzon: Ideas and Inspirations. There are five videos, each about the season’s themes of reflection, repentance, and return, each presented by a scholar in her field. There also will be 32 approximately 10-minute-long audio files released in the days between rosh chodesh Elul and Yom Kippur, focusing mainly on the content and meaning of some of the prayers that are specific to this time.

Four of the speakers come from Bergen County and one comes from Rockland.

Rivka Alter of Bergenfield teaches about the parts of the amidah that are said only at this time of year.

“I tried to focus on the history of those additions,” she said. “They didn’t happen all at the same time. We take the machzor” — the High Holy Day prayer book — “for granted, but it didn’t come all together as one book at one time. It’s more a compilation.” So she’s looking at words and lines that were added to the machzor at different times, and said only at a specific time; she happens to be talking about this mix of season and history at a very particular time in our history. All this comes together in one lesson.

“The endings of some of the brachot were changed, so that we really emphasize the idea of God being king. In one case, that means changing a word, so that instead of saying God is holy, we say that the king is holy. In the second instance, it takes a longer phrase and condenses it, to be more direct about God being the king of judgment.”

“The first two just mention life. The word chaim.” Life. “The second group mentions chaim tovim.” A good life. There are a number of possible explanations for that change, Ms. Alter said; some of them revolve around the idea of a good life in this world or in the next, about what is temporary and what is eternal. Others explore the protocol of making requests within the structure of the amidah — when it is appropriate and when it is not, and whether a request is less presumptuous when it is made not only behalf of the speaker only but for the entire community.

There are layers of theology and history in these words.

Ms. Alter also focuses on the verbs to write and to remember, which occur often in the holiday liturgy; we ask God to both write us into the book of life, and to remember us in it. “Remembering is more abstract, more in the godly domain,” she said. “Writing is taking something abstract and making it concrete; taking an idea and limiting it with words. That’s the human domain. We are integrating both of those actions into our daily prayer.”

Ms. Adler, who grew up in Englewood, teaches Judaics at the Yeshiva University High School for Girls in Queens and is the yoetzet halakha for three synagogues in Riverdale; her husband, Rabbi Daniel Adler, is the head of the Moriah School in Englewood.

She explained why she chose to discuss the additions to the amidah for the Women’s Initiative. “I picked this topic because I always get excited about learning something new, so I try to chose something I don’t know much about,” Ms. Adler said. “It forces me to learn something new. For every 10 minute presentation, I put so much more time into learning about it.

“I love the creative process, putting pieces of information together, and also finding takeaways in it. I love being able to give people something to think about.

“Over the holidays, we have many hours to spend, whether we are in an actual synagogue or in a backyard, thinking about the words. We spend that time with the words. There is always so much more to learn about them, on so many different levels.”

Although the Women’s Initiative is aimed primarily at women, some of the topics appeal to everyone. She thinks that her topic does, “because these are prayers that we all say.

“I do think that the idea of having small increments of learning is something that women like in general, because they don’t have that much time to spend, so the format may appeal to them.

“Some of the readings on Rosh Hashanah and Yom Kipper really focus on women; their struggles with infertility, the enormous stories of Chana and Rachel and Sarah, and I think those stories and emotions maybe women relate to more — but not tefillah.”

The other local teachers are Leah Silver, CB Neugroschl, and Shira Schiowitz, all of Teaneck, and Aviva Orlian of Monsey.

The entire series is online at www.ou.org/women/yr.