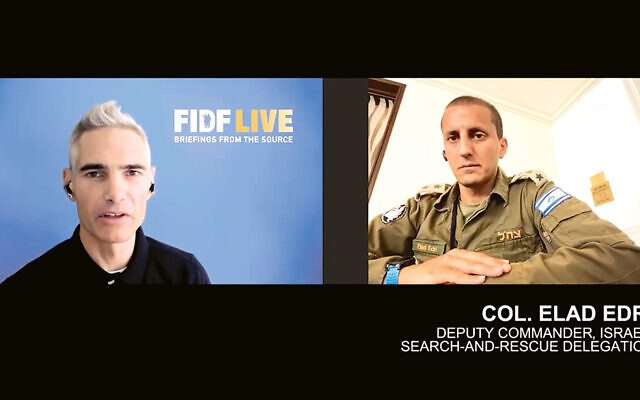 The Friends of Israel Defense Forces celebrated Independence Day and saluted the relationship between America and Israel on the 11th episode of “FIDF LIVE,” which aired on July 5. It featured American and Israeli military leaders and soldiers, who talked about why the alliance is strong and essential on both the national and global level. Elad Edri, deputy commander of the Israeli search and rescue delegation, described the unit’s rescue efforts on the ground in Surfside, Florida.

The FIDF LIVE platform, hosted by American stand-up comedian and writer Joel Chasnoff, airs on FIDF’s website every other week at 8:30 p.m.