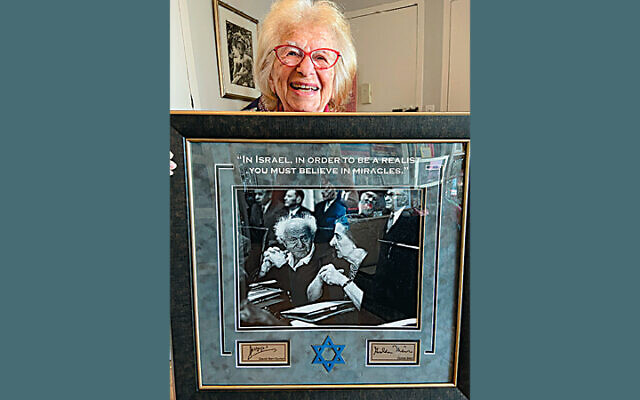 World-renowned sex therapist and cultural icon Dr. Ruth K. Westheimer joined a webinar last month that was part of Friends of the Israel Defense Forces’ Engage web series. The series was part of FIDF’s temporary digital alternative to community events and galas across the United States.

In the webinar, Dr. Ruth talked about her experiences, which including surviving the Holocaust as a child and becoming a sniper in the Haganah from 1945 to 1948. She told the story of how her legs were severely injured by a bomb, and two women next to her were killed, on her 20th birthday. “Anybody who serves in the IDF, I can promise them, once they are finished, they will have good sex for the rest of their life,” she said.

Dr. Ruth has more than 98,000 followers on Twitter @AskDrRuth. A one-woman show about her life, “Becoming Dr. Ruth,” has played in New York and other cities, and a documentary about her life, “Ask Dr. Ruth,” was shown in theaters and is available on HULU. Dr. Ruth teaches at Columbia’s Teachers College and Hunter College, lives in New York, and has two children and four grandchildren.

To watch the webinar, read the latest FIDF news and exclusive briefings, and learn about community events, go to fidf.org/covid19/engage.