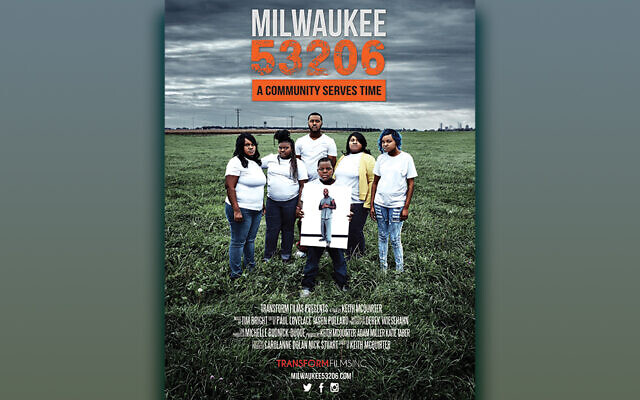 Congregation B’nai Israel in Millburn will host a discussion of the documentary film “Milwaukee 53206 – A Community Serves Time” on Sunday, June 27, at 4 p.m. It includes a Q&A session with Chad Alexander, who is featured in the film.

The discussion will be held outside the front entrance of the shul, at 160 Millburn Ave. Participants also can join in on the discussion on Zoom.

The screening is the first in a series of documentaries that Congregation B’nai Israel will show for its “B’Tzelem Elohim” documentary film series. The series will include documentaries and scripted stories; the goal is to encourage a better understanding of challenges of diverse communities in both the Jewish and the global context.

The United States has more prisoners than any other developed nation. “Milwaukee 53206” chronicles the lives of people who live in that zip code, home to the highest percentage of incarcerated Black men in America, up to 62 percent. The film shows the daily realities of all those affected by mass incarceration in America through three 53206 residents.

This screening is a part of an outreach campaign presented by Odyssey Impact, a multifaith media nonprofit that creates and implements outreach campaigns for documentaries to mobilize faith leaders and change makers to address the most pressing social issues facing our world. The “Milwaukee 53206” social impact campaign aims to engage, educate, and activate audiences and build stronger foundations of support for the children, parents, and families affected by mass incarceration in communities across the country.

A film link will be emailed to registrants and the film will be online through June 27. There will also be a Zoom group to watch the film on Sunday, June 20 at 4 p.m.

For information, go to cbi-nj.org.