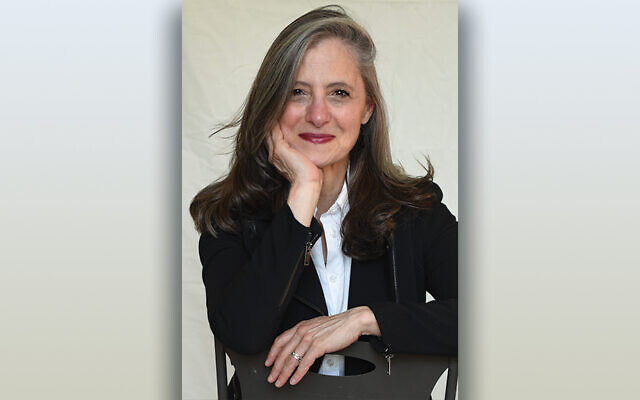 Author/historian Lucy Dawidowicz was a prickly woman who asked hard questions about the most pressing issues of 20th century Jewish life — and as a historian and a researcher, she answered many of them.

So why don’t we know more about her? And why is it that when we ask the very same questions today, we still don’t credit her for her earlier efforts?

Nancy Sinkoff is the author of “From Left to Right: Lucy Dawidowicz: The New York Intellectuals and the Politics of Jewish History,” which earned her the Jewish Book Council’s 2020 National Jewish book Award for biography.

Dr. Sinkoff, who is a professor of Jewish studies and history and the academic director of the Allen and Joan Bildner Center for the Study of Jewish Life at Rutgers, also has studied and written about Jewish life in 18th and 19th century Germany and Poland.

She will talk about Berlin during the Enlightenment for Temple Emeth in Teaneck on Sunday, October 11, at 11 a.m., as she gives this year’s Rabbi Joshua Trachtenberg Memorial Lecture.

Moving ahead one week in real time and two centuries in history, she’ll talk about her work to restore Ms. Dawidowicz to her rightful place in Jewish history as she talks for Congregation Beth Sholom, again in Teaneck

Details about both Zoom talks are in the box.

Her decision to write about Ms. Dawidowicz — going from 18th century Germany to 20th century Europe, yes, but seen through American eyes — surprised some of her colleagues, Dr. Sinkoff said, but she asks the same question in both books. How do Jews address the modern world, both intellectually and culturally? “They answered in different ways at different historical moments,” she said.

She wrote “knowing that it would be a big book,” Dr. Sinkoff said; in fact, the idea-packed volume is more than 500 densely packed pages long. That’s because “I wanted to position it as a biography, but although it is about one person, in her time and place, it is a way of getting at some of the largest issues in Jewish life.

“I wanted to connect American Jewish history to European history.” Lucy Dawidowicz “had a long view of the Jewish past. Often, contemporary Jews don’t have that long view. They don’t have enough of a perspective.” So the book is an effort both to provide that perspective and to show what it means to gain it.

Ms. Dawidowicz, whose life spanned most of her century, from 1915 to 1990, made several trips to Europe, thus distinguishing herself from fellow New York intellectuals such as Norman Podhoretz and Daniel Bell, who “encountered their European heritage through memory,” Dr. Sinkoff said.

“She asked the hard questions,” she added; whether or not we would answer them as Ms. Dawidowicz does is almost beside the point. “She was the perfect person to get at those questions. I didn’t realize when I started the book, but soon that became abundantly clear.”

Although her most famous work, “The War Against the Jews,” published in 1975, was about the destruction of European Jewry, Ms. Dawidowicz also was very much concerned about Jews in the United States, Dr. Sinkoff said, and “she was a pioneer feminist.”

The questions she examines, Dr. Sinkoff said, include “how does an eastern European immigrants’ daughter encounter her Americanness?” Part of Ms. Dawidowicz’s answer was to go back to Europe, where she watched the Nazis advance across Europe. Later, it was an exploration of New York intellectual Jewish life.

Ms. Dawidowicz’s own life, both in Europe and when she returned to the United States, was adventurous. It provides great material for a biographer.

“She was like a small sparkplug of a woman,” Dr. Sinkoff said. “She was a Hunter College woman. She is deeply connected to Jewish peoplehood and nationalism.”

So why do modern historians, even those who write about the Holocaust, tend to overlook Lucy Dawidowicz? Interestingly, the answer may lie in the study of history itself.

Ms. Dawidowicz called the destruction of the Jews of Europe “the central catastrophic event of modern Jewish history, having an indelible effect on Jews throughout the world,” Dr. Sinkoff said. So her book represented “an act of restoration.

“She was a memory artist. Her life work was a commemorative project about what that culture was about.”

History, however, is a fickle mistress, and it was Ms. Dawidowicz’s ideas about the singling out of Jews that ultimately put her at odds with the new historical establishment, “a product of the new left. It was a different franchise.”

Ms. Dawidowicz was an “intentionalist,” arguing that the intention to destroy the Jews of Europe was already evident in “‘Mein Kampf,” Dr. Sinkoff said. “You can’t separate it from Hitler’s mind.” In taking that position, Ms. Dawidowicz “represented the older school of history — that the ideas of powerful men shape history.” And certainly, Ms. Dawidowicz argued, you cannot discount the centrality of the ideas embodied by the man who controlled the Nazi party.

Still, whether the Final Solution was a product of Hitler’s influence or grew out of many successful murderous attacks on the Jews by soldiers on the ground — after all, millions of Jews already had been killed by the time the Final Solution was implemented — before Hitler came to power “there was no smoking gun, no order” demanding it. “What do you do with that?” Dr. Sinkoff asked.

Ms. Davidowicz also antagonized some readers by shifting her focus away from survivors to Hitler. “She devoted her work to giving American Jews in the postwar period knowledge about the culture destroyed,” but through that emphasis she gave some of her readers the impression that “Hitler won, in many ways,” Dr. Sinkoff said. “She didn’t focus on survivors.” While she certainly didn’t dismiss them, Dr. Sinkoff explained, their numbers are dwarfed by the numbers of murdered victims.

With the new school of history, focusing on survivors rather than on their tormentor, took root, Ms. Dawidowicz’s ideas fell out of favor, Dr. Sinkoff said. And while paradigm shifts are creative, “they also destroy things.” A good historian examines what was thrown out and questions whether it should have been, or if should be retrieved, taken back from the dustbin.

While many historians pushed back against Ms. Dawidowicz’s ideas, the historian remained adamant; the debate is ongoing, Dr. Sinkoff said.

In the 1980s, Ms. Dawidowicz’s political views shifted to the right. She embraced Reaganism — “for cultural reasons, not economic reasons,” Dr. Sinkoff said. Some other notable Jews made the same right turn, she said, because they believed the left to be anti-Semitic.

“When she was 60, she became a public intellectual.” She began to move further and further right. “I have tried to ask why, and to see what it says about the Jewish encounter with American liberalism,” Dr. Sinkoff said.

In her personal life, “she was not Orthodox,” she continued. “She was selectively observant. She came to the conclusion — and she was not alone in this conclusion — that you cannot divorce Yiddishkeit from the rabbinic traditional. Her relationship to Yiddishkeit is a leitmotif in my book.

“She grappled with the question of what is secular about Yiddish culture and what is traditional, and how do you negotiate that. It was one thing to ask that question in 1932, and another to ask it in 1972.”

While much in the world has changed and there are new ways to assess things, including how to view the two major American parties, some of Ms. Dawidowicz’s questions still are relevant. “To what degree do the parties represent Jewish interests? How do Jews understand themselves politically?” Israel, too, is asking itself hard questions, often about the separation of church and state, and what makes a modern Jewish state.

Ms. Dawidowicz also expressed views on the enfranchisement of women as a major feature of the contemporary scene. “The questions she asked are still our questions,” Dr. Sinkoff said. “That’s why I wrote the book.”

What: Will speak on Zoom to two Teaneck synagogues.

What: A talk, “How Enlightened was Enlightenment Berlin?” as part of the One Book, One Synagogue program about “And After the Fire” by Lauren Belfer.

For whom: Temple Emeth in Teaneck

What: A talk about her book, “From Left to Right: Lucy Dawidowicz, the New York Intellectuals, and the Politics of Jewish History”

For whom: Congregation Beth Sholom of Tea-neck

To learn more and register: www.cbsteaneck.org