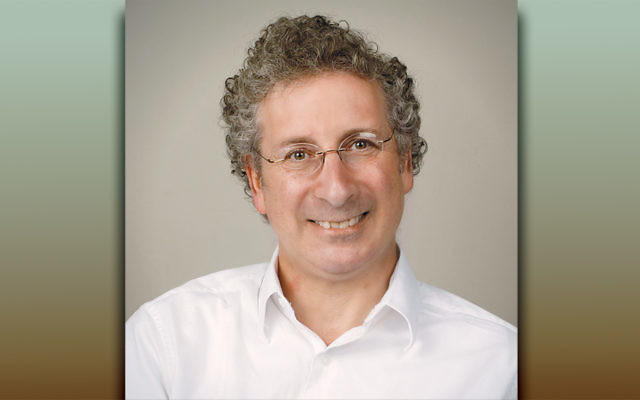 How did the Bible come to be as we know it now? How did it assume the form that it has now? How were the books that make up its three sections — Torah, Nevi’im, and Ketuvim, in English the Five Books of Moses, the Prophets, and the Writings — compiled and ordered?

How did the Bible become the Bible?

Dr. Marc Brettler, professor emeritus of Bible and the retired head of the department of Near Eastern and Judaic Studies at Brandeis and now the Bernice and Morton Lerner Professor of Jewish Studies at Duke — in other words, an extremely prominent and well-credentialed scholar — will discuss that question at Temple Beth Rishon in Wyckoff on November 13. (See the box for more information.)

Hebrew, like many other Semitic languages, is written in consonants; that’s something not only yeshiva and day school students, but just about anyone with any Jewish education at all, knows. The vowels — a Morse Code-like system of little dots and lines that dance below and occasionally above the letters — come later and sparingly, a sort of idiot’s guide for new readers. (That story’s not quite true, though. In fact, although the vowels often do not appear, some of the letters themselves are vowels, or at least function as if they were vowels. But it’s useful.)

So, functioning as an archaeologist, a linguist, a historian, and a literary detective, Dr. Brettler can compare various versions of biblical texts to see what subtle changes indicate shifts in time, place, or thought.

For example, Dr. Brettler said, take the scrolls that were found at Ein Gedi in 1970. They most likely were written in the third or fourth centuries of the common era. They didn’t look like scrolls -– instead, according to National Public Radio in September, they looked like “lumps of charcoal” — but archaeologists could tell what they once had been. They could not be unwound — they’d fused together — and they could not be read until technology advanced to where it is now. Using miraculous-sounding specialized imaging techniques, scientists have been able to unroll them virtually — but not physically, because to do that would have been to destroy them — and to read them.

They held the text of the biblical book of Leviticus.

Those Ein Gedi scrolls “have the same consonantal texts as Leviticus,” Dr. Brettler said. “If you go back a few centuries from that, and look at the Dead Sea Scrolls, you see that some of the scrolls have the same texts, but others have different spellings, or even different words.”

Dr. Brettler and his colleagues can look at those differences and analyze how, when, and why the text might have changed, and how, when, and why it was canonized. “The main thing that I will be looking at in my talk is how the text of the Bible became the text of the Bible,” he said. “How was it determined that certain books belong in Bible, and other do not? And what is the exact text? And when and why was it that the vowel points were added?

“Eventually, the Jewish community agreed on these things –- what books belong in the Bible, what order they should go in, and how they are divided.” Christians have made different decisions, he added; their Bibles are divided into more than three sections.

“People are surprised to know that the Bible’s text was not always so stable,” Dr. Brettler said. Consider the question of how many people went down to Egypt with Jacob. According to the Book of Exodus, there were 70; according to the Greek translation of the Bible, the Septuagint, based on the Dead Sea Scrolls, there were 75. “How and why did that variation exist?” Dr. Brettler asked rhetorically. “And then we have — I’m not even sure what to call them — some shortened biblical texts, that might have been some people’s Bibles. Their Torah. So some people might have had a longer Torah, and others might have had the Reader’s Digest version.

“We take for granted that each Torah is going to be identical, but really, the text was a result of a process. I am so curious about that process, and that is what I will talk about.”

Another anomaly that interests Dr. Brettler is “different orders of biblical books,” he said. “Jeremiah appears in different orders in the Greek and Hebrew text; even when you have more of less the same chapters, their order can be different. And sometimes it looks like there can be longer or shorter versions of a particular book. It looks like we now use a longer version of the books of Samuel; the Dead Sea Scrolls use a shorter version. There, every few verses have lost a couple of words. That seems to imply that our version has expanded over time.”

Dr. Brettler has been writing about the Bible and teaching people how to read it throughout his career. His publications include, among many others, the “Jewish Study Bible” — he’s a co-editor, and it won a National Jewish Book Award — “The Jewish Annotated New Testament,” and “The Bible and the Believer: How to Read the Bible Critically and Religiously.”

He’s always been an active member of the Jewish community; he’s from Brooklyn, and grew up as an active member of the Conservative community, whose approach to biblical criticism he models (if not actively embodies). It was easier to be an active Jew in suburban Boston; it’s possibly a bit more demanding in North Carolina, where there are fewer Jews, and therefore more is asked of each one. But, as his career shows — and as his talk is likely to make even more clear — Dr. Brettler is up to that challenge.

What: Will address “How did the Bible Become the Bible”

Why: For the Food for Thought Distinguished Speaker series; sponsored by the Fred Emert Memorial Adult Education Fund

What Else: There’s a breakfast buffet too