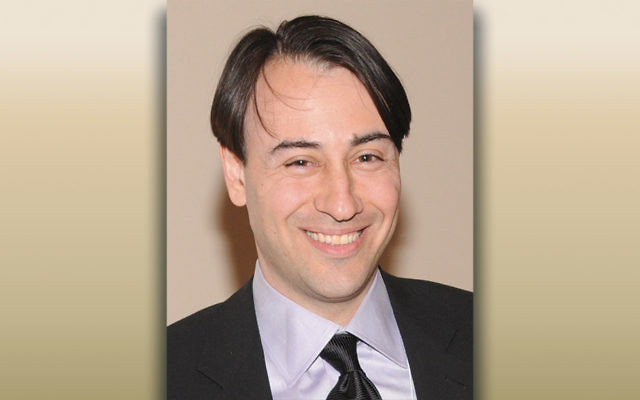 What is the American national identity?

Has it changed over time? What was it at the beginning? What is it now? What did the election of Barack Obama do to change it? And what about the election of Donald J. Trump?

Dr. Ian Reifowitz, a professor of historical studies at the Empire State College, a branch of the State University of New York, has examined American national identity as it has morphed, both affecting and being affected by time and history. That work, which climaxed with Mr. Obama’s election, has been chronicled in a book, “Obama’s America.” Dr. Reifowitz will talk about the book, and the changes made clear by Mr. Trump’s election, at the Kaplen JCC on the Palisades in Tenafly. (See box.)

“My talk will look at how we as a people define who is in the American community and who is not, and how that has changed, starting at the beginning, in 1776,” Dr. Reifowitz said.

His talk, like his book, will breeze through American history, and then stop to consider the recent past far more closely.

At the beginning of American history, Dr. Reifowitz said, to be an American was to be white, and to be an active citizen was to be a white man. “White back then informally meant Anglo-Saxon; and then starting with the immigration of the Irish and to some degree the Germans, the definition got to be more inclusive,” he said. As the next waves of immigrants rolled in from Europe, crashing on America’s eastern shores — and as African slaves, and then their African-American descendants, continued to live in the United States, and to gain citizenship but have to fight for the right to vote after the Civil War — the definition continued to change, in part to reflect the new reality, in part despite it.

Teddy Roosevelt, who was president from 1901 to 1909, represented an unyielding understanding of being American. “There can be no 50-50 Americanism in this country,” he said. “There is room here for only 100 percent Americanism, only for those who are Americans and nothing else.”

In other words, non-Americans could become American, but they had to do it all the way. “They were told that you can come here, to the melting pot, and if you will melt away whatever you are, we will pour you into a new mold.” They would come out of that mold shaped like an American.

And then, in the middle of the last century, the civil rights movement made it impossible for the definition of Americans not to change, to acknowledge the people who had built the country. “The definition was challenged by African American and other groups of non-white people,” Dr. Reifowitz said. “The passage of the civil rights laws and the concept of multiculturalism challenged it.

“As civil rights expanded in the 1960s, some of the radical intellectual elements within multiculturalism challenged whether previously excluded groups should even want to be included. America to them was a place where different groups lived, but there was no one American culture. More moderate mainstream elements wanted to preserve the idea of a single American community, but to make it more inclusive and representative.”

Soon the idea of a beautiful mosaic started to edge out the melting pot. “In a way, the mosaic is a more radical concept of multiculturalism than the melting pot,” Dr. Reifowitz said. In a mosaic, the pieces don’t melt but instead retain their integrity, but “they don’t interact with each other.”

“In the 1990s, we started to see consensus, as the center left embraced the moderate culture of multiculturalism that was inclusive, but expanded so that it became defanged,” Dr. Reifowitz said. “It was benign multiculturalism, a middle ground between two poles. One says that we are defined only by our ethnicity, and at the other extreme people didn’t want to bend much in terms of inclusion. They might be willing to accept nonwhites as part of the community, but only if they were brown-coated white people.”

In the 1990s, he continued, “there was a center-left consensus — call it liberal nationalism, or civic nationalism, that reaffirms the liberal commitment to a single national community and identity, but one that is explicitly inclusive, that makes room for dual layered concepts. You can be African-American, or Italian-American.” The identities on either side of the hyphen are equally valid.

“All this is laying the groundwork for Obama, who came out of the center-left consensus,” he said. “Obama uses the phrase gumbo. He says that we are not a melting pot or a mosaic. We are a gumbo.

“Because of his background, Obama talks about American history in a different way,” Dr. Reifowitz continued. “He has the concept that identities are fluid and they can be influenced. You have to work to teach people the kind of identity you want them to have.”

Mr. Obama would bring “diversity within unity into his speeches,” Dr. Reifowitz said. “In his thinking, he creates a single narrative that includes traditional events and also incorporates milestones from the civil rights movement.” By doing so, he validated the narratives of different groups and showed how they all came together to create a larger whole. By the end of his term, Dr. Reifowitz added, Mr. Obama “started talking about Stonewall,” the attack that started the movement for LGBT rights, as he reached out beyond what originally had been his own comfort zone to include more marginalized groups.

“He was connecting them; that’s part of his concept of American national identity, which affects the way we talk about history,” Dr. Reifowitz said. “His background, having a white mother and a black father, and a father who is an immigrant — he gets the idea personally.”

Mr. Obama’s status as the first black U.S. president has affected the American national identity profoundly, Dr. Reifowitz said. Mr. Obama is a politician, not an academic or a theoretician, so he did not come up with the analysis that explains his actions, but “he made it a focus of his rhetoric to strengthen the bonds of Americans across regions, ethnicity, demographics.

“It’s different from the way that Trump talks about America,” he added. “Obama has codified for liberals that there is a way to embrace strong American identity without having to give up your ethnic identity. And he talks about American history in a balanced way, so you do not have to choose between loving a whitewashed version of America or focusing on a negative vision that talks only about the ways we have fallen short. He says instead that American history is defined both by our ideas of justice and equality and by how we have fallen short of them.

So — what about the Jews in all this? “The concept of the melting pot was developed by an English Jew, Israel Zangwill, who wrote a play called ‘The Melting Pot,’” Dr. Reifowitz said. “His idea was that immigrants would come together.

“Zangwill said that he was writing as a Jew who no longer wanted to be a Jew. He wanted the melting pot. That was the concept. You are not an Italian any more. You might have your religious beliefs, but you don’t identify as Italian. And if you are a Jew, you don’t identify as a member of the Jewish people any more, but as an American.”

Of course, Zangwill, who lived from 1864 to 1926, never was an American. “He was more inclusive than the typical American of the time,” Dr. Reifowitz said. “But he wasn’t an American. He was making it all up.”

Dr. Reifowitz came to the study of the American national identity through his first book, “Imagining an Austrian Nation: Joseph Samuel Bloch and the Search for a Supraethnic Austrian Identity, 1846-1918.” He looked at Bloch, who was a rabbi, politician, and journalist, studying Bloch’s “concept of an Austrian identity that could bring together the very different ethnic groups in the Austro-Hungarian empire.” That study led him to consider “how a multiethnic society tries to create a national identity,” he said.

That work led him directly to President Obama, who said that “America isn’t a model just because it is a democracy, but also because it is pluralist, diverse but unified,” Dr. Reifowitz said.

What will come next, with this new president? Like the rest of us, Dr. Reifowitz has no answers. We all will have to wait and see.

What: Will talk about American national identity

Where: At the JCC U at the Kaplen JCC on the Palisades in Tenafly, 411 East Clinton Ave.

Who: Dr. Seth Gopin will return to the JCC U and he

What: Will talk about “Art from the Romanovs to the Russian Revolution.”