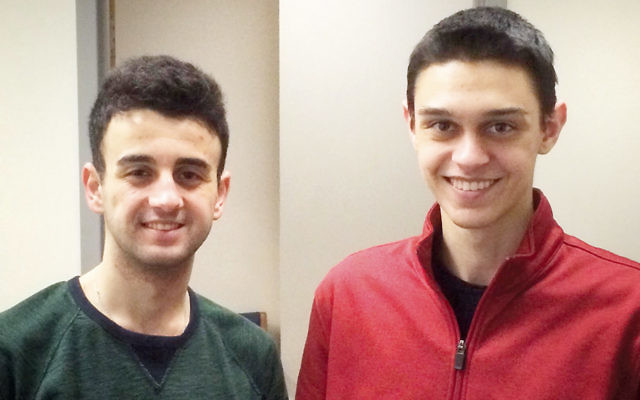 This time it’s for adults.

Back in 2014, Temple Avodat Shalom in River Edge ran a Jewish-Muslim interfaith program as an elective for high schoolers in its religious school.

The program brought the synagogue’s students together with Muslim teens. They learned about each other’s religions. The Muslim teens came to the synagogue, and the Jewish kids visited a mosque. And the two groups forged friendships.

Now, the parents are carrying on.

A seven week series starting Thursday night will offer Jews and Muslims a chance to meet and to discuss some of the tough issues facing the communities, including extremism, jihad, and Jerusalem.

Like the teen program, this is a joint venture with the Peace Islands Institute, which seeks to brings Muslims into interfaith dialogue.

Mr. Tozan is originally from Turkey; the Peace Islands Institute likewise has Turkish roots. He said that there are about half a million Muslims of Turkish descent in the United States, two thirds of them in the New York metropolitan area.

The series, called “Spectrum of interpretation: Addressing critical issues within Islam and Judaism,” has been organized by Mr. Tozan and Temple Avodat Shalom’s Rabbi Paul Jacobson.

“The first week is a chance to do what is necessary in terms of icebreaking, to explore stereotypes, prejudices, and beliefs we have heard about each other,” Rabbi Jacobson said.

In later weeks, a guest lecturer will speak for half an hour or so, followed by questions and dialogue.

The roster includes three guest rabbis, the director of interfaith affairs at Peace Islands Institute, and a Muslim magazine editor. “We’re trying to go deeper in the interfaith dialogue than discussing what day do you keep the sabbath and what foods do you eat,” Rabbi Jacobson said.

“The class is meant to be text-based,” he said. “How do we read our own texts and what they present to us, whether it’s the Torah and rabbinic texts, or a text from the Quran? How is it possible to interpret the texts in a different light than from what contemporary media culture happens to show us? How do we as people with different faith backgrounds approach these issues? Can we approach them together?”

After the opening session come sessions on “extreme perspectives” in Islam and Judaism. The group will examine the sources of extremism in the two religions, and look at how Jewish and Islamic sources present peaceful alternatives. Then the course will look at the concepts of jihad in Islam and war in Judaism.

In its penultimate week, the course will look at Jerusalem in the two religions. Finally, the podium will return to Rabbi Jacobson and Mr. Tozan, and the discussion will look at next steps. The series, Rabbi Jacobson said, is open to the wider Jewish community beyond the congregation.

Within the congregation, the parents of the Muslim and Jewish teens who took part in last year’s program recently gathered for a breakfast. David Edelstein of Paramus was one of the leaders of the Avodat Shalom’s teens. He’s very glad he took part in the dialogue.

Mr. Edelstein is now a student at Syracuse University, as is one of the Muslim teens he met, Hamit Keskin. Being at school together has tightened their friendship, and they’ve started talking about doing interfaith work together, whether through a campus interfaith club or through local chapters of Hillel and the Peace Island Institute.

Rabbi Jacobson said that the series “may be pushing some boundaries and challenging people. But if our knowledge of our own faith only stays at a superficial level, there’s a problem there. We need to push, to see if it’s possible to deepen our relationship. If you can’t have the conversation in a synagogue, I don’t know where you can have the conversation.

“People of faith don’t generally want to promote war and violence and intolerance,” Rabbi Jacobson added. “We want to promote the opposite, to find ways for peaceful coexistence, understanding, and living together.”