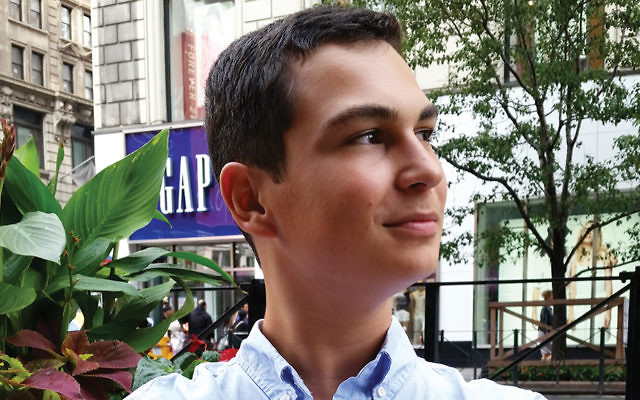 In 1973, Joe Simon, who had decades earlier helped create Captain America, drafted a comic book called “Prez.” It told the story of the “first teen president of the U.S.A.” Two years earlier, the 26th Amendment had lowered the voting age to 18, the oldest baby boomers hadn’t yet turned 30, and DC Comics hoped to appeal to youth culture with the stories of Prez Rickard. In his brief four-issue run, Prez appointed a Native American, Eagle Free, to head the FBI; appointed his mother as vice president; and fought vampires and other evildoers.

In other words, when Leonia’s voters go to the polls on November 8 to, among other matters, elect their school board, the presence of Bryce Robins on the ballot is not without precedent. Bryce, who turns 18 on September 4, can boast of being the candidate with the deepest acquaintance with the Leonia school system, having just graduated from Leonia High School.

Prez Rickard and Bess Ross owed their fictional elections to the dastardly machinations of the nefarious Boss Smiley (depicted as, yes, a giant smiley face — this was the early 1970s, remember.) Bryce, however, is counting on a more benign power to catapult him to the nine-member Leonia school board: the power of just showing up. Not enough candidates registered (with ten supporting signatures) by the filing deadline to make a competitive election.

That certainly saves on campaigning expenses.

Of course, the sort of 17-year-old who plans for a career in public service isn’t going to take the lack of an opponent as a reason not to make his positions known. Which is why he reached out Monday to pitch his story to this newspaper, which does not normally cover school board elections, contested or otherwise.

Bryce was born in Leonia to an altruistically-minded family. His father, Robert, teaches adults with disabilities for the Ridgefield school system. His mother, Lisa, is one of the directors of Camp Dream Street, the week-long program at the Kaplen JCC on the Palisades for children with cancer and other diseases. He has two older sisters. The family is members of Leonia’s Adas Emuno Reform congregation.

These days on Saturday mornings, however, Bryce is in his room, broadcasting an hour-long show about politics over internet radio.

He has been doing the show for about a year.

“I barely use Twitter,” Bryce said. “The one time I used Twitter, I was following ‘Rowdy’ Rick Robinson, who does this show called ‘America Off The Rails.’

“I was feeling a little feisty. I tweeted back something to him,” Bryce said.

“He asked if I wanted to come on the radio. He offered me my own show.”

Mr. Robinson was “shocked” when he discovered his new radio host was only 16 — “but we rolled with it,” Bryce said. 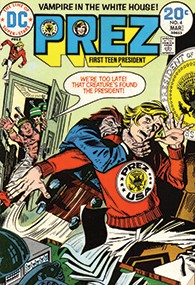 On the KLRN online network, Bryce is the only liberal voice.

“Go crazy and listen to the liberal side of town!” he urges.

His biggest broadcasting coup came last week, when he had on Dr. Jill Stein, Green Party candidate for president. Bryce grilled her on foreign policy. “She was on for 10, 15 minutes. I don’t think she’ll be coming back on the show.”

Bryce remembers always being interested in politics. The idea of running for school board came to him last year when, as a senior in high school, he started thinking about his path to politics. He plans to major in political science at George Washington University. He plans to go to law school.

“If I really want to make a difference in my community,” he remembers thinking, “where better to start than on the school board?

“Nobody knows better what’s working and what’s not working than a student. I figured it would be a unique perspective to bring to the school board.”

Bryce sees enough things he would like to change in the school system to constitute a decent platform, had he need to campaign, and to make a difference when, as is almost inevitable, he is elected.

He would like more cooperation with neighboring Edgewater. Students from Edgewater attend Leonia High. Bryce would like the two towns to share administrators and curriculum. “We could maximize efficiency and cut down on spending,” he said.

As a member of the high school environmental club, Bryce had signed and circulated a petition to eliminate single-use styrofoam trays in the cafeteria.

“We got hundreds of signatures,” he said. “It fell on deaf ears.

He wants to advocate for the district’s teachers.

“They had my back and educated me,” he said. “They are the best of the best.”

Bryce would also like the school to move beyond its emphasis on math and science.

“A lot of kids in our society feel if you’re not good at math and science you can get left behind,” he said.

Bryce counts himself among those kids.

“I found a niche in public speaking,” he said. He was the top debater for the Bergen County Debate League. He was a counselor this summer at a camp run by the debate league. He’s also looking forward to working at Camp Dream Street. “There’s nothing more rewarding than being a counselor there,” he said.

And while he’s preparing to move into his new dorm room in Washington, D.C., he’s also planning his trips back home to take part in school board meetings.