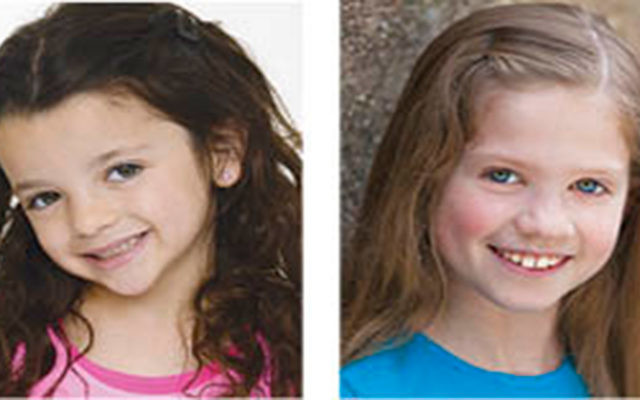 For two Teaneck girls, the bright lights of the Great White Way beckon, as they take to the stage performing in an off-Broadway musical.

Sophie Knapp, who turns 7 in late August, and Nili Kepets, who is 8½ years old, will perform in the young ensemble in the U.S. premiere of Jo Noel-Hartley’s musical, “Dream Street,” which plays from August 12 to 16 at the Pearl Theatre in New York City.

Presented by KOTA (Kids of the Arts), “Dream Street” is a musical depicting the trials and tribulations of young auditioning actors. The premise: world-famous director Sebastian Rickter is holding open auditions for a new West End musical, “Dream Street,” and is looking for undiscovered talent. Each youngster faces his or her own challenges in the process, but through grit and creative hard work, they make their dreams come true.

The girls, who will be appearing in the same performances of “Dream Street,” met a few years ago while studying at the Nunnbetter Dance Theatre in Bergenfield, and became friends. They also both attend local yeshiva day schools.

As for their extra-curricular activity — performing — they are living on their own dream street.

“Sophie loves performing,” says her mother, Chavie Knapp. “She would live her whole life on stage if she could.”

In “Dream Street,” Sophie plays the parts of Madeline and George. With an impressive resumé at her tender age, she previously played in the off-Broadway production of “A Little Princess,” and last September made her Broadway debut in the Tony-winning musical “Once,” where she performed four shows a week with the closing cast.

“It’s been a lot of juggling,” Chavie Knapp says of her daughter’s efforts, “and she is a really hard worker. She has found her passion.”

Nili, who will play the role of Nora in “Dream Street,” is “making her New York City debut and is very excited,” says her mother Beth Kepets.

Nili danced for years at the Nunnbetter Dance Theatre and has performed several different parts in its renowned production of “The Nutcracker.” Her mother called it “a highlight of her year.”

Her daughter’s first taste of musical theater, she said, came after attending the JKNJ Nunnbetter Broadway camp, where she performed in “Movies the Musical.”

In describing Nili, Beth Kepets says, “Offstage, she is shy. But she lights up on stage. It is her comfort zone.”

Heidi Mae Bratt is the editor of About Our Children.