In a sweet twist on the decade-long annual program called “Sweet Tastes of Torah,” this year’s theme is about inclusion. The sweetness is in the fact that the program itself is inherently about inclusion; the people behind it, the North Jersey Board of Rabbis, represent all the liberal Jewish streams from across the state’s northern tier — 20 of their shuls sponsor it — and the evening draws people from across the region. (See below.)

For this, its 11th meeting, Sweet Tastes is headlining a woman as its keynote speaker; in another first, she’s not a rabbi. Dr. Ora Horn Prouser of Franklin Lakes, the executive vice president and academic dean of the Academy for Jewish Religion in Yonkers, will talk about her 2012 book, “Esau’s Blessing: How the Bible Embraces Those with Special Needs.” (The book was a finalist for the National Jewish Book Council award that year.)

Rabbi Beth Kramer-Mazer of New City is Temple Sinai of Tenafly’s rabbi/educator; she’s also the co-chair of the committee that puts together Sweet Tastes. She described the way the evening’s been laid out; first Havdalah, then Dr. Prouser’s talk, followed by two hour-long discussion sessions, each led by a rabbi who’s a member of the board of rabbis. The first session offers 11 groups, each based on something in Dr. Prouser’s book; the second, another 11 groups, is less bound to the issue of inclusion. “It’s a potpourri, rabbi’s delight,” Rabbi Kramer-Mazer said.

The first session “is about looking at the Bible and biblical characters with a careful and compassionate eye, and seeing ourselves in those characters,” Rabbi Kramer-Mazer said. “It’s about looking at them as relatable individuals, applying their experiences to our lives, and hopefully finding some inspiration for the challenges that we face in our own lives, and embracing what we learn as opportunities for growth.

That first session — to list a purely random sample — includes such classes as “Biblical Personalities and Depression,” taught by Rabbi David-Seth Kirshner of Temple Emanu-el in Closter; “Isaac and Intellectual Disability,” taught by Rabbi Leiah Moser of the Reconstructionist Congregation Beth Israel in Ridgewood; and “Perspectives on Samson: How We Understand and What We Can Learn from the Story of Samson,” taught by Rabbi Debra Orenstein of Congregation B’nai Israel in Emerson. Rabbi Kramer-Mazer is teaching about “Miriam and Gender in Education.”

The second session’s more broad range of topics includes — again chosen at random — “The American Sound: A Musical Refuge from Antisemitism,” taught by Rabbi Jim Stoloff, Temple Avodat Shalom in River Edge,” “Do Not Stand Idly By: Addressing Gun Violence,” taught by Rabbi Jennifer Schlossberg of the Glen Rock Jewish Center, and “Embracing the Convert: A View from Both Sides of the Mikvah,” taught by Rabbi Lindsey Healey-Pollack of Kol HaNeshamah in Englewood, who will discuss her own experience as a Jew by choice and a rabbi.

“The rise in disabilities studies as an academic discipline, and the increasing focus on the issue of inclusion in our world, has led to many people’s openness in seeing issues of disability in the biblical text. And I use the word ‘seeing’ on purpose, because it’s always been there. It’s just a question of paying attention to it.” 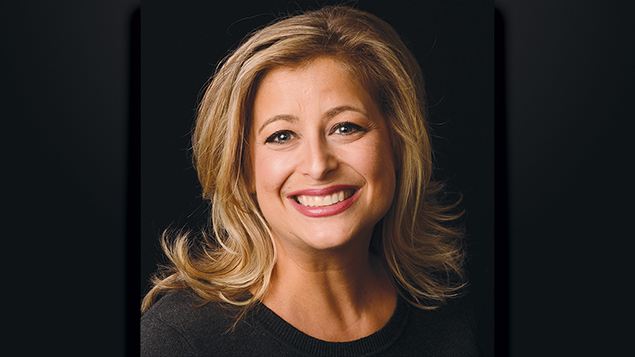 So who in the Bible is disabled?

“It’s pretty much common knowledge that Moses had a speech impediment, but nobody really focused on it once we left the specific conversation with God, where he mentions it as a reason why he can’t become God’s spokesperson,” she said. That’s in Exodus 4:10, Parashat Sh’mot, coincidentally last week’s Torah portion.

“So how does it impact on our reading of Moses as a whole?”

Another example? Sure. “There’s Jacob’s struggle, where he becomes Israel,” Dr. Prouser said. “Where  his name was changed.” That’s when he wrestled with an unidentified being, all alone, with his family on the other side of the river, in the darkness, “until the break of dawn,” as Genesis 32:25 tells us. “When he saw that he had not prevailed against him, he wrenched Jacob’s hip at its socket, so that the socket of his hip was strained as he wrestled with him. Then he said, ‘Let me go, for dawn is breaking.’”

Jacob went on, at daybreak, to have his name changed to Israel, and later that day to meet his brother Esau once again; his life stretched on, long and eventful, from then. But he retained the limp. “That is a standard part of the text,” Dr. Prouser said. “There are halachic rules of kashrut based on it.” Everybody knows the story.

“If we include the challenges that these characters were facing throughout their lives, it changes our reading of the text, and it opens up new possibilities that are worthy of our attention,” Dr. Prouser said.

“Why do so many of these characters have physical challenges? I don’t think that there is just one answer to that question.

“One is that in general, the Bible likes it to be clear that God is the one who is acting or leading humans to do whatever they need to do. So having someone who has difficulty speaking being our greatest spokesperson makes sure that we don’t take God out of the picture. We can’t say that Moses succeeded because he was particularly charismatic or really able to give a great speech.

“A totally different way of looking at it, when we look at the themes of the Torah in general we see, for example, that it is the younger son who wins out.” Being the younger son was a kind of disability for the Torah, but one that could be overcome. “Many scholars say that Israel sees itself as the younger son.

“We often think of the Torah as being canonized during the Babylonian exile,” she continued. “During that time the Israelites had no land and no Temple, but they still felt that they had the covenant, their very special relationship with God. So a theme that runs through the Torah is that things are not as they appear to be. The one who appears weaker is stronger. The one who seems to be cast aside is the one who is going to succeed.

“We can extend that theme of things not being as they seem to be to the biblical characters who are differently abled. They might look as if they can’t be successful, but actually they are leaders.”

Dr. Prouser has another, more personal understanding of disability in the Bible, she added. “I had an experience, when I was dealing with some physical challenges, of walking with a cane for a couple of years,” she said. “I was focusing on Psalm 23 — for different reasons, not about disabilities — and I looked at the verse that says ‘Your rod and your staff, they comfort me.’

“Every image we have for God is just one of many,” Dr. Prouser concluded; she’s talking about image in the metaphorical sense, not as in a painting or sculpture. “There are so very many of them. There is no image of God that is THE image of God. None of them are all-inclusive. So the fact that one image of God is God using a cane doesn’t take away from God soaring over the clouds or God walking in the garden.

“It is just another image, but an important image. We need to be able to include a variety of disabilities as part of being b’zelem Elohim. Of being in God’s image.”

Who: The rabbis of the North Jersey Board of Rabbis, and particularly the 22 of them who will teach

What: Present “Sweet Tastes of Torah”

For whom: The entire community is welcome

For more information: Go to http://sweettastesoftorah.weebly.com/