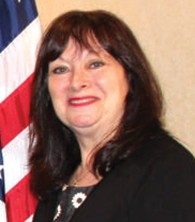 Ms. Dansky, who has lived in River Edge for more than 40 years, is a member of Temple Beth Rishon in Wyckoff and Hadassah, and belonged to the JCC in Paramus for many years. “I first joined the board in River Edge to ensure my children and the community had the best school system possible,” she said. “Working on behalf of the students for River Edge and the state of New Jersey is a responsibility I cherish.”

Ms. Dansky was president of the River Edge school board for nine years and was vice president for another nine years. She has been on all of the board’s committees, including negotiations, personnel, policy, finance, public relations, curriculum, and Bi-Boro/Tri-District (River Edge, River Dell, and Oradell). At the county level, Ms. Dansky has been an active participant in the Bergen County School Boards Association for 26 years, and was the group’s president since 2013. She also has been the county association vice president and secretary/treasurer, and was the board’s representative to the NJSBA Delegate Assembly, where the organization sets state-level policy on educational issues. In 2004, she received the Archie F. Hay award for Distinguished Service from the Bergen County School Boards Association.

Ms. Dansky, a pediatric physical therapist, is also a member of a community environmental committee for the Borough of River Edge. River Edge’s superintendent, Dr. Tova Ben-Dov, nominated her for the honor. An independent panel from the Pennsylvania School Boards Association judged nominations.