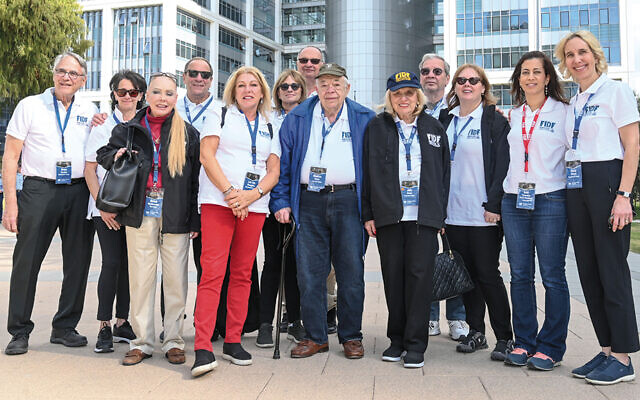 Inna Needelman, in sunglasses, third from right, and her husband, Joshua, behind her, of West Nyack went to Israel with the FIDF. (Shahar Azran)

Inna and Joshua Needelman of West Nyack were among 60 participants from the tri-state area who took part in an FIDF National Mission last month. The group met with Israeli government and military leaders and soldiers and commanders at many IDF bases at a time of increased tension across Israel. They also got behind-the-scenes tours of Israel Defense Force bases and met with Israeli President Reuven Rivlin. Stops included Israeli Navy bases, the Ramat David Israel Air Force Base, the Michve Alon IDF Education and Youth Corps Base, and historic and strategic landmarks from the Western Wall in Jerusalem to the Lebanon border.