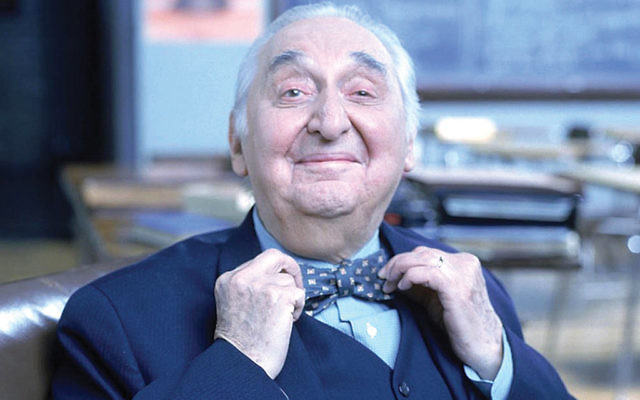 Paper seems a very pallid format for remembering Philip “Fyvush” Finkel, the Emmy Award-winning actor who began his career performing in the Yiddish theater and died this week at 93.

As those privileged to see him perform can attest, he was never static.

Finkel was born in Brownsville, Brooklyn. He started his career in Yiddish theater at age 9, and after graduating high school made the Yiddish theater his career. He broke into the English-speaking mainstream in 1964 with the national production of “Fiddler on the Roof,” playing Mordcha the innkeeper.

In 1981 he took on the lead “Fiddler” role of Tevye the Milkman in a national touring production. Then he landed a part in “Little Shop of Horrors” off-Broadway and won an Obie Award for his work in the New York Shakespeare Festival revival of “Cafe Crown.”

On the big screen, Finkel had a breakout performance in the 1990 Sidney Lumet pic “Q&A” as a corrupt attorney. He also appeared in “Brighton Beach Memoirs,” “For Love or Money,” “Nixon,” and “A
Serious Man.”

On television, Finkel played public defender Douglas Wambaugh in “Picket Fences,” for which he was twice Emmy nominated, winning in 1994. He soon became a favorite of “Fences” creator David Kelley, who also cast him in “Boston Public” as an eccentric high school teacher.

If you want to get a full posthumous experience of Finkel, your best bet is not to watch back episodes of “Picket Fences” on Amazon or pick out his voice in the animated film “The Brave Little Toaster Goes to Mars” (his only credit on Netflix.)

No, go to the Yiddish Book Center’s web site and watch the interviews in which he describes, in English and subtitled Yiddish, his early career. And while we never met the man (though we were privileged to see him on stage a few years back), we can’t help but feel he’d rather end his appearance on this page being remembered with laughter.

So, herewith a joke that Finkel attributes, in a Yiddish Book Center interview, to his devout grandfather, a pious man, a scholar, the shamash of his shul. The grandfather was carefully not informed when young Fyvush started acting in Yiddish theater, which performed on Friday nights and Shabbos afternoons. (Zeyde soon figured it out anyway, of course, but didn’t make an issue of Fyvush’s Sabbath desecration).

Here how Finkel tells the joke (as translated by the Yiddish Book Center):

A man shows up on a Wednesday afternoon and he needs a minyan to say Kaddish for his father that night.

My grandfather thinks to himself: “I have enough trouble getting a minyan for a Shabbos, and he’s here on a Wednesday?”

The man says: “Where are all the Jews?”

The man says: “Great! But my whole life I thought you only needed 10 for a minyan.”

My grandfather said: “Good! We’ll leave and let the rest of them pray.”