There are some big differences between growing up in Israel and in the United States.

Every year, young Jews from the diaspora make aliyah; many, with the help of Nefesh b’Nefesh, leave for Israel the summer after they graduate from high school. There, after they go through the program that begins to integrate them into Israeli life, many of them are drafted.

It’s an experience many of them cherish because it makes them more fully Israeli, and it sets them up with a cohort of Israeli peers with whom they’ve shared an intense set of experiences.

They become lone soldiers; IDF members who either don’t have immediate family in Israel who can nurture them, or whose immediate family lacks the financial or sociological or emotional resources to do so. They’re also supported by the FIDF — the Friends of the Israel Defense Forces — which takes a special interest in them. Because New Jersey sends so many lone soldiers, the local branch of the FIDF is particularly active in programming for them, and looking out for them in general.

This year, though, there has been a complication. The coronavirus.

Gal Gur Lavi was born in Israel, but she grew up in Closter; her parents, Keren and Ron, moved to Bergen County when Gal, their oldest, was 12. She graduated from Northern Valley High School, applied to college and was accepted at four of them, her parents said, and then decided against going to any of them. “I decided to move to Israel,” she said. 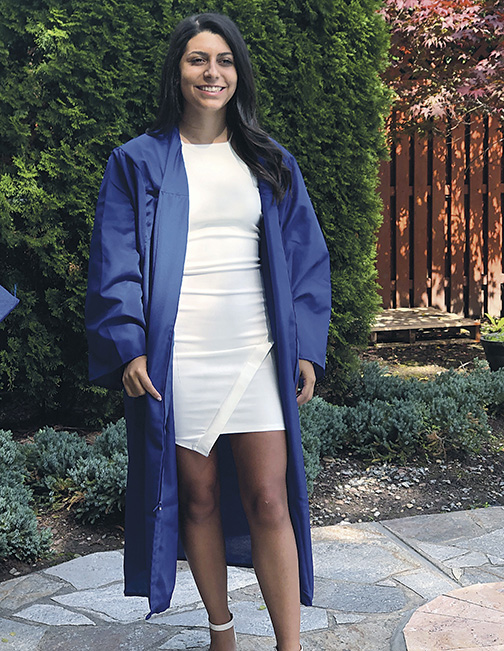 She hadn’t been particularly connected to the Jewish community in Bergen county, Gal said, but she was very much part of the Israeli one. She was an active member of the Tzofim — Israeli scouts — at the Kaplen JCC on the Palisades in Tenafly; she has relatives in Israel, whom she visited frequently. So Israel was not foreign to Gal in any way.

So Gal took a Nefesh b’Nefesh flight to Israel over the summer, took the assimilation and Hebrew courses that she needed far less that other olim, who weren’t already fluent in Hebrew, didn’t already know the culture, and had to get the Israeli citizenship with which she was born. She moved to Maoz Haim, neat Beit She’an. And then, in October, like everyone else in her cohort, she was drafted.

When it came time to be assigned a specialty, Gal was trained as an infantry inspector, specializing in shooting. She taught members of the Nahal Brigade how to use their newly issued weapons. “I knew nothing about guns or shooting before I got placed,” she said. “They say it’s by the type of person you are.” She’s not sure what her placement says about her talents or character but she does know that “with time, it came to me.”

(One of the things that her placement does say, though, is about her gender. Women generally are not assigned combat positions; instead, they are trained to teach men how to handle those positions. There are some men who also teach shooting; they had been “soldiers in the past but they fell” — they suffered injuries — “and now they come with us.”) 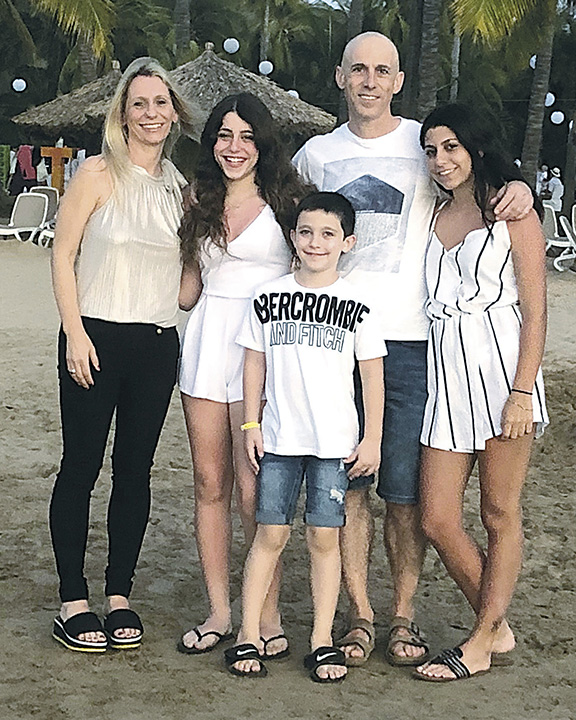 Everything changed for the IDF about a month ago, when most of them were sent to bases to shelter from the coronavirus. “And now here I am,” Gal said. “I am stuck on the base. So I wake up in the morning and I go down to the shooting range. We teach them different things every day — different types of guns and ways to shoot. We help them get better. We get to teach all sorts of different people, soldiers and officers and commanders. It is a good feeling to do that. It’s not something we get to do every day, and not every person gets to do it.”

The soldiers — lone soldiers, the more standard variety, everybody — are stuck on base until the crisis ends. Like everyone all over the world, nobody has any idea when that will be. When they are discharged from the IDF, the now-former soldiers are free to go home, but they cannot go back. No one can leave the base and return.

That makes good sense, Gal knows. Still, she is sad that she had to abandon her long-held plans to go home to Closter for Pesach.

“We did nothing for Pesach,” Gal said. “It was sad. We can’t have more than a couple of people in the room. And we couldn’t do a Zoom seder because there is no Zoom service on this base. We can’t do video calls at all.

“It was disappointing, but there is nothing that anyone could do about it.”

She’ll be out of the IDF next October, unless she decides to stay for the officer training course. She’s not sure what her future holds. “I will see what life brings,” she said.

Gal’s parents also were disappointed; they and their two younger children, who are 15 and 9, had their own seder, but with that empty seat. And they knew that their own parents — Gal has a grandfather and two grandmothers in Israel — would have loved to welcome their granddaughter to their home but could not. But they understand what it is that she’s doing.

Ron Gur Lavie is a project manager and software developer at a software company, and Keren Gur Lavie is a human resources director for a talent acquisition firm — like so many of us they’re working from home now — but they both were in the IDF. “I was in an intelligence unit, and Ron was in a commando unit in the air force,” Keren said.

“Actually, now Gal is positioned near where I was,” Ron added. “It’s kind of like closing a circle.”