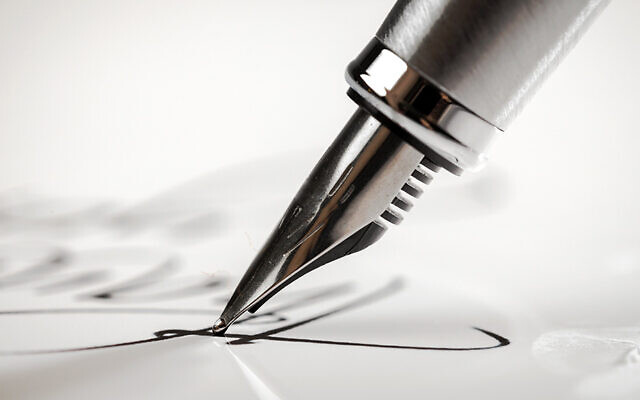 Last week I received this announcement from Facebook concerning my public page, “Your post goes against our Community Standards so only you can see it.”

What was my objectionable post? It was a video that I shared from, “Breaking Israel News, Israel365,” titled “Arab Christian Soldier in Israel.” The video tells the story of Samer Barham, an Israeli-Arab Christian, who voluntarily served in the Armored Corps of the IDF.

The video recounts some of his experiences as an Arab Christian in the IDF and what his life was like living in the Jewish state.

The only “Community Standards” that I can picture have been broken are the “standards” of the anti-Israel and anti-Semitic communities. Hopefully Facebook will restore this share to my Facebook page and review their banning policies when they receive a complaint about what has been posted.

I wanted to respond to Rabbi Weinbach’s op ed (“Why I support Yaffed’s efforts to improve education,” December 13). His analysis of the situation with chasidic and some charedi yeshivas is correct.

He could have added the fact that in these communities, women are now forced to be both the chief breadwinner and keeper of the household as well. He also could have added that Orthodox organizations such as the Orthodox Union, the RCA, and Aguda could have done something about it but did not.

However, I would question whether Yaffed is the appropriate advocate for educational change.

First, although it has two token Orthodox rabbis on its rabbinic board, its membership primarily consists of people who have either left chasidic-charedi Judaism or Orthodoxy altogether. This being the case rather than promoting dialogue and compromise, it provokes the yeshivas in question to take an even harder line.

Secondly, the tactics taken by Yaffed are doomed to provoke a train wreck. It is possible that both state courts and the federal courts will deny NYSED the authority to set standards for private religious schools. Even if they don’t, how are you going to enforce it? Are you going to padlock yeshivas? Are you going to arrest rebbeim? Are you going to drag tens of thousands of chasidic and charedi families to family court for educational neglect? Coercion will cause more problems than it solves.

Thirdly, allowing NYSED to set standards for these yeshivas will set a precedent to allow other educational standards — ie sexual educational LGBTQ advocacy which a number of private religious schools would object to. This is why spokesmen for private schools outside of the Jewish community have objected to NYSED’s action. The rabbi’s dismissal of this concern is just plain wrong.

In conclusion, the rabbi’s association with Yaffed is not going to solve the problem with education in chasidic and some charedi Yeshivas. What will solve the problem will be dialogue initiated from the Orthodox community (Orthodox Union and RCA) between NYSED and the yeshivas plus remedial education and vocational training from organizations such as IDT, Yeshiva University, and Touro. I would gladly join an Orthodox organization advocating that.

I am an American Jew

I consider myself to be an American member of Klal Israel (an ethnically identified Israelite. An American Jew!) (“Are you an American Jew or a Jewish American,” Dec. 27.) My ethnicity began with our Patriarch Abraham and was officially declared by my People under the leadership of our Teacher Moses at Mattan Torah.

The term “Israelite” is not synonymous with “Israeli” (a citizen of Israel).

My religious heritage is Judaism.

I am a proud and loyal citizen of the United States of America!!

I am an American Jew!