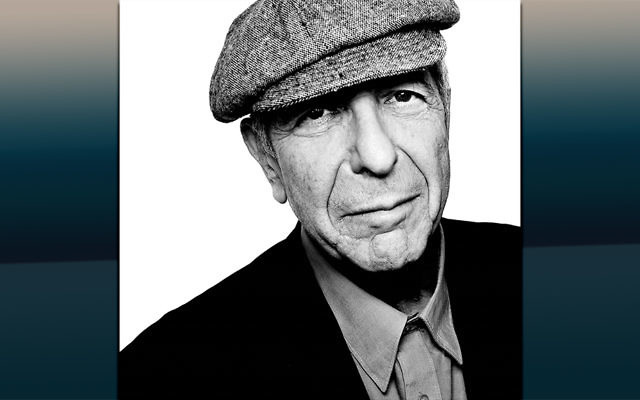 Back in 1974, Canadian poet and singer Leonard Cohen secured his place at the top of our popular High Holy Days playlist when he released his “Who By Fire” five weeks before Rosh Hashanah. The song, composed in response to the 1973 Yom Kippur War, drew its title and theme directly from the High Holy Day liturgy.

That’s hardly the only Leonard Cohen song we put on repeat this time of year. The new Reform Yom Kippur machzor, for example, includes lyrics from three of them.

Well, the old Jewish poet is back to his old tricks.

On Wednesday, his 82nd birthday, Mr. Cohen released the title song from his forthcoming album, “You Want it Darker.”

“You Want it Darker” features Cantor Gideon Zelermyer and the Shaar Hashomayim Synagogue Choir from his home town, Montreal.

“Magnified and sanctified be Thy holy name,” the lyrics quote directly from the Kaddish.

“Hineni, hineni, I’m ready my Lord,” Mr. Cohen quotes in Hebrew and English from the story of the Binding of Isaac, one of Rosh Hashanah’s Torah readings.

Typically, the song as a whole is dark, even by the standards of the liturgy of the Days of Awe, looking head-on at mortality, the approach of death, and the depths of evil.

“I struggled with some demons

“They were middle class and tame

“A million candles burning for the love that never came

“You want it darker

“We killed the flame.

We immediately added the song to our seasonal Spotify playlist, and we’re still mulling over its meaning. But this fresh reminder of how little time we have in this mortal plane prompts us to issue this seasonal response: “And a happy birthday and New Year to you too, Mr. Cohen.”