The Jewish Federations of North America’s National Women’s Philanthropy recently honored Merle Fish, a member of the board of trustees at the Jewish Federation of Northern New Jersey, with its prestigious Kipnis-Wilson/Friedland award. The award was announced at this year’s International Lion of Judah Conference, held in Washington, D.C., last month. 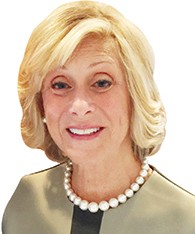 Ms. Fish also is a board member at the Kaplen JCC on the Palisades in Tenafly, where she co-chaired the opening ceremonies of the Maccabi Games. She sits on the Englewood Hospital & Medical Center’s Foundation Board and on its special events committee. She and her husband, Fred, live in Englewood; they have two children and three grandchildren.