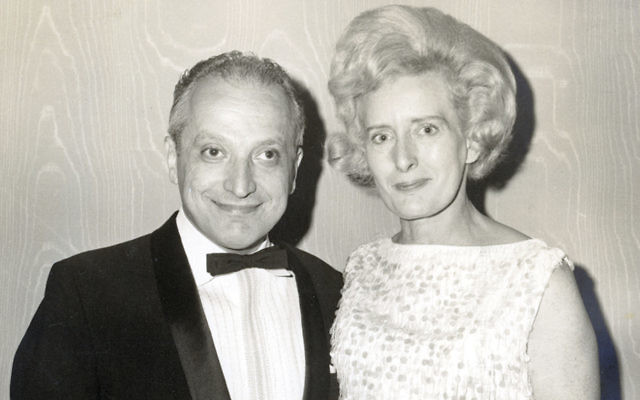 On Sunday, September 18, at 11 a.m., the late Ruth and Morris Janoff will be honored as charter members of Congregation B’nai Jacob in Jersey City at a dedication ceremony there. A celebratory reception will follow.

Ruth Janoff died in 1982. Morris was a founder of the Jewish Standard, and he was the paper’s owner and publisher for more than 50 years when he died in 1987.

Today, Ruth and Morris’s son, James Janoff, is the Standard’s publisher, and their daughter, Beth Janoff Chananie, is an editor there.

A few weeks ago, the shul suffered a setback. As Rabbi Aaron Katz began preparing for the High Holy Days, a burglar stole two of its Torah scrolls, some silver pieces, and several personal items. The story made the news, an arrest followed, and the Torahs, which are worth $30,000, were recovered. But the silver, estimated at about $50,000, still is missing, and so is some of the synagogue’s heritage.

B’nai Jacob, celebrating its 58th year and now under the new leadership of Rabbi Katz, is more determined than ever to rebuild and have a brighter future with all the love and support of the community.

To contribute to CBJ’s Rebuilding Campaign, go to www.bnaijacobjc.com/donate.