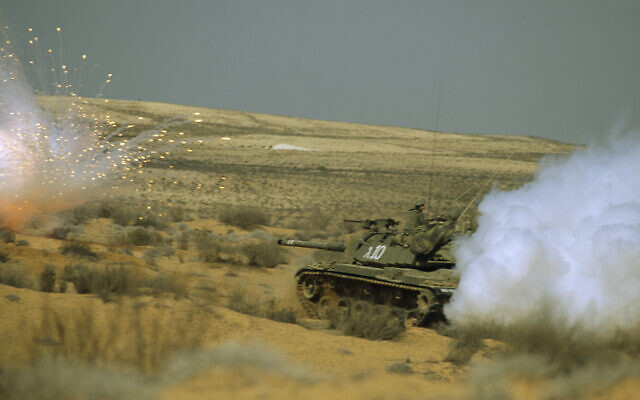 The two woman who filed suit claimed that the army’s refusal to let them serve as tank drivers is a violation of equal rights. (Gideon Mendel/Corbis via Getty Images)

Israel’s Supreme Court has dismissed a lawsuit that calls on the Israeli army to allow women to serve in tanks.

The court ruled on Monday that the army’s announcement that it would expand a pilot program for women in the Armored Corps makes the lawsuit unnecessary.

It called on the plaintiffs to “exhaust the proceedings against the army” or file a new lawsuit against the expanded program, Israel’s Channel 12 news reported.

In a petition filed at the beginning of January, Osnat Levy and Noga Shina claimed that the army’s refusal to let them serve as tank drivers is a violation of equal rights. The women are graduates of a pilot program launched in 2017 to train all-female tank crews for routine security operations. But the all-women tank crews were not implemented and the plan has been put on hold.

A similar lawsuit was filed by Or Abramson and Maayan Halberstadt, both 19, demanding an opportunity to try out to serve in tanks.

The new program will set higher weight and height requirements for women who want to serve in the Armored Corps. It will run through 2022.

Dr. Idit Shafran Gittleman, a researcher on women’s service in the Israel Defense Forces at the Israel Democracy Institute, said in a statement that “IDF commanders must act to integrate women in combat units and to participate in the pilot experiments in a fair and egalitarian manner, willingly and unequivocally. Twenty-five years after the Supreme Court’s ruling on the Alice Miller case (who wanted to enlist in the air force pilot’s course), it seems that Israeli society still needs to be reminded that equality is a fundamental democratic principle, and that the IDF, like any other institution in the country, must act accordingly.”