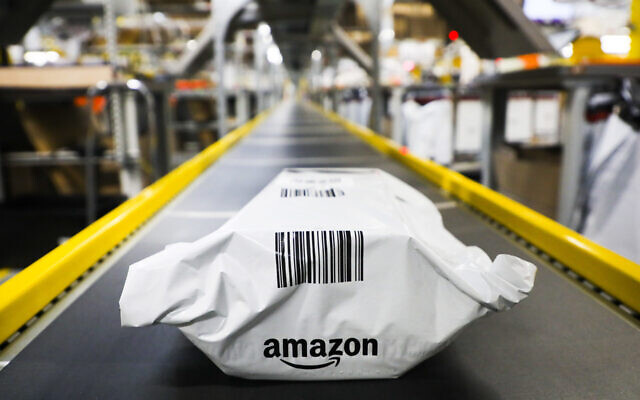 A class-action lawsuit has been filed against the Israeli postal service for prioritizing the delivery of packages shipped by Amazon.

The $14.5 million lawsuit was filed against Israel Post on Sunday in the Haifa District Court, the business daily The Marker reported.

The lawsuit was filed by Mordechai Alon, the owner of an online auction business that uses Israel Post’s courier service. Alon alleges that delivery of his packages has suffered due to the priority placed on delivering Amazon packages, according to the Marker. He said he has more than a dozen examples of packages sent by two-day delivery that were delivered late or not at all.

Alon told The Marker there are about 100,000 business owners who have had similar problems with Israel Post.

In November, the American online retail giant launched a Hebrew-language website and offered free shipping from the United States for orders over $49. The offer led to a surge of orders, especially during the recent holiday season.

“The claim has not yet arrived at our offices. When it arrives, we will examine it and respond within the court system,” Israel Post told The Marker.

Amazon, which had an exclusive agreement with Israel Post to deliver its packages, last month signed agreements with other courier services, the Israeli business daily Globes reported.