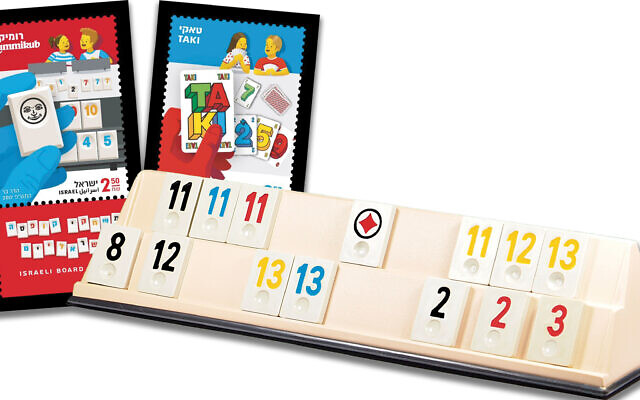 Growing up, Friday night after Shabbat dinner was about playing games. Backgammon was fun and fast, but Rummikub had an added feel-good glow of Zionism to it, as it had been invented in Israel. Combining the satisfying feel of mahjong with the even-a-child-can-understand rules of gin rummy. Best of all, unlike backgammon, it could be played by two to four players.

Israel now has seen fit to honor Rummikub with a commemorative postage stamp, along with a more recent Israeli game: Taki. From the stamp, Taki appears to be a card game reminiscent of Uno. Players on the Board Game Geek website have given it a collective rating of 5.5 out of a possible 10, slightly ahead of Uno’s 5.4. Take that, BDS!