“a glass half full or half empty,”

“snatching victory from the jaws of defeat,”

“snatching defeat from the jaws of victory.”

The wild flourishing of these and similar truth-based clichÃ©s shows that there is a deeply human need to acknowledge that almost nothing is purely good or bad. Everything, even something wonderful, comes with a price. Life! Everything is a trade-off.

At his talk tonight as scholar in residence this weekend at Temple Emanu-El in Closter, Donniel Hartman, who is an Orthodox rabbi, son of the late Rabbi David Hartman, and head of the Shalom Hartman Institute in Jerusalem, will discuss the inherent tensions and built-in problems that come from a major human accomplishment.

It’s not only outliers, those few freaks of nature whose good luck in the genetic lottery allows them to hang on long past their peers. It’s now not at all uncommon for families to include great-grandparents and grandparents as well as parents and their children.

But this wonderful truth inevitably changes and possibly harms the way we transmit memory, Rabbi Hartman, who spent many years living in Bergen County as he taught at the Kaplen JCC on the Palisades in Tenafly, said in an interview.

“When the life cycles are much shorter, the relationship between the personal experience of a story and the way the next generation uses that story allows for a lot of freedom,” he said. “And that freedom is necessary to preserve the memory.” That’s because ossified memories cannot change in a way that “allow them to be meaningful to each generation.”

It’s not that each new generation makes up its own stories, he continued; it’s that “to keep it active, each generation has to tell the story in its own way.

“But when the first, second, third, and fourth all exist at the same time, there is an inherent tension. The first and second want to maintain the story as it is, but then the third and fourth generations can’t breathe.

There is another, particularly Jewish dimension to the situation, as well. “We are at the moment of transference of key stories that have defined Jewish history, some for the last 70 or 80 years, some for the last 1,000,” Rabbi Hartman said. “Those stories are the Holocaust, Israel, Jewish peoplehood, membership, and identity.

There are many historical examples of the shift in focus as stories travel through time. Tisha b’Av, the day when Jews commemorate the destruction of the first and second Temples, began as a day just of mourning, but now it is about sinat chinam – the sin of senseless hatred that began the chain of actions that led to the destruction. “It shifted from the loss of the Temple to the question of what does it mean, what do Jews have to do, to create a society worthy of survival,” Rabbi Hartman said.

Passover is another prime example. The Pew study shows that many Jews go to a seder, and many people – certainly not all of them – read from the Haggadah. That text, which tradition tells us recounts the story of the Exodus, in fact doesn’t tell that much of it. “It’s a very strange book,” Rabbi Hartman said. “And for many people, Pesach is the time that we tell the story the way our parents told it,” with our own twists. Each generation takes, adds, changes, shifts focus, takes its own meaning.

Now we have to make our own shifts in understanding as the narratives of our time evolve, Rabbi Hartman said.

Holocaust survivors and their contemporaries have as their primary experience of the Shoah “pain and suffering,” he said. “The second generation feels that, and feels personally injured by it. But the third and fourth generations do not feel that.” That is why, he said, Holocaust museums are not tolerance museums. The assault no longer feels as personal, and so the threat can be seen as more universal.

Younger Jews “don’t live in a world where the Holocaust is the defining feature of how they experience the world. And if half of young Jews are intermarried, how could they look at the Holocaust as defining the way Jews and non-Jews look at each other?

“Intermarriage itself is the strongest example of the fact that we are living in a post-Holocaust world. Non-Jews are now willing to marry Jews. It once would have been an act of suicide. We are now in a very different place.”

When it was created, it was to be a safe place for Jews. “Now that’s largely irrelevant,” he said. “And Jewish peoplehood, which had been a defining factor of Jewish life, the idea that we are a people before a religion – we have a new generation of Jews for whom that idea is not clear.”

Some of the difference in approach is on display in the tension between two Israel advocacy groups, JStreet and Aipac.

“It’s an intergenerational issue,” he said. “What does it mean to love Israel? What do you do to love Israel?” The idea of uncritical support comes naturally to the first and second generation, not so much to the generations that follow.

“You see the battle with advocacy and education programs,” he said. “They seem to be trying to create a bunch of mini-me programs; if you can be just like me, I win.

The first and second generations now bear a huge responsibility, Rabbi Hartman said. Now, when vitally important narratives must be transferred, history has conspired to make the gaps in understanding between the second and third generation far wider than before. The older generations must work to bridge that gap; if that is not done successfully, “what people think of as a victory actually could be a huge loss for Jewish life.”

He returned to the subject that is as inexorably magnetic to professional Jews as a sore tooth is to a tongue – the Pew study, the recent survey that seems to overflow with bad news for Jews.

“The Pew study has first- and second-generation categories for third- and fourth-generation Jews,” Rabbi Hartman said. “Like the category of Jews without religion. It looks at contemporary Jewish life in first- and second-generation terms – they say that if you don’t belong to a synagogue you are a Jew without religion. They look at intermarriage as assimilation, and at synagogues as communal identity. They say that if you aren’t affiliated with a synagogue or if you are not married to a Jew you are outside the religion.”

But those categories do not work for many younger people who identify themselves as Jews, Rabbi Hartman said.

They think that despite those characteristics, which historically would have disqualified them from considering themselves Jews, according to the Pew study they “are inside the religion,” he said, according to their own definition. “There are some people who are non-Jews, with no conversion and no Jewish relatives,” who are defined in second- and third-generation terms as part of the Jewish people.

This talk, after services and Shabbat dinner at Emanu-El, is for the shul’s patron members. Most of them represent the first and second generations. “It takes great courage and great maturity to recognize that no matter what you want, Jewish life just can’t stay the same,” he said. “Not if it is to survive.”

“Synagogue membership. What does it mean? If we insist on it as a sign of commitment, we will be shutting them down across America in the next 30 years quicker than you can imagine. We have to figure out how to bring people in, but it may be in a very different way.

“This unique transition will need great love and great trust.”

On Shabbat morning, Rabbi Hartman will analyze Hillel’s famous Judaism-on-one-foot definition – “Do not do to others what you would not have them do to you. The rest is commentary; go study.”

“It’s a complicated and complex answer,” Rabbi Hartman said. “In order to survive, a community has to be able to define its essence.”

That’s not the elevator speech to which modern leaders are so devoted, he added. “It’s not about marketing. It’s about getting to the core.”

Rabbi David Seth Kirshner of Temple Emanu-El is a graduate of the Hartman Rabbinical Leadership Initiative, a three-year program that allows participants to learn with each other and from the intellectually cutting-edge Hartman faculty in Jerusalem. “It was a transformative experience for me and my rabbinate,” he said. “And one of the most impactful teachers I had through my four years of study there was Donniel.

“There are few people who are as dialed in to the issues facing the Jewish community today. He thinks creatively, reasonably, and wisely about the ways to respond to those challenges.”

What: Is scholar in residence

Where: Speaks during 7 p.m. Kabbalat Shabbat services, and on Shabbat morning during 9 a.m. services; a kiddush follows.

Why: Rabbi Hartman, president of the Shalom Hartman Institute, will give wide-ranging talks on the challenges facing American Jews. 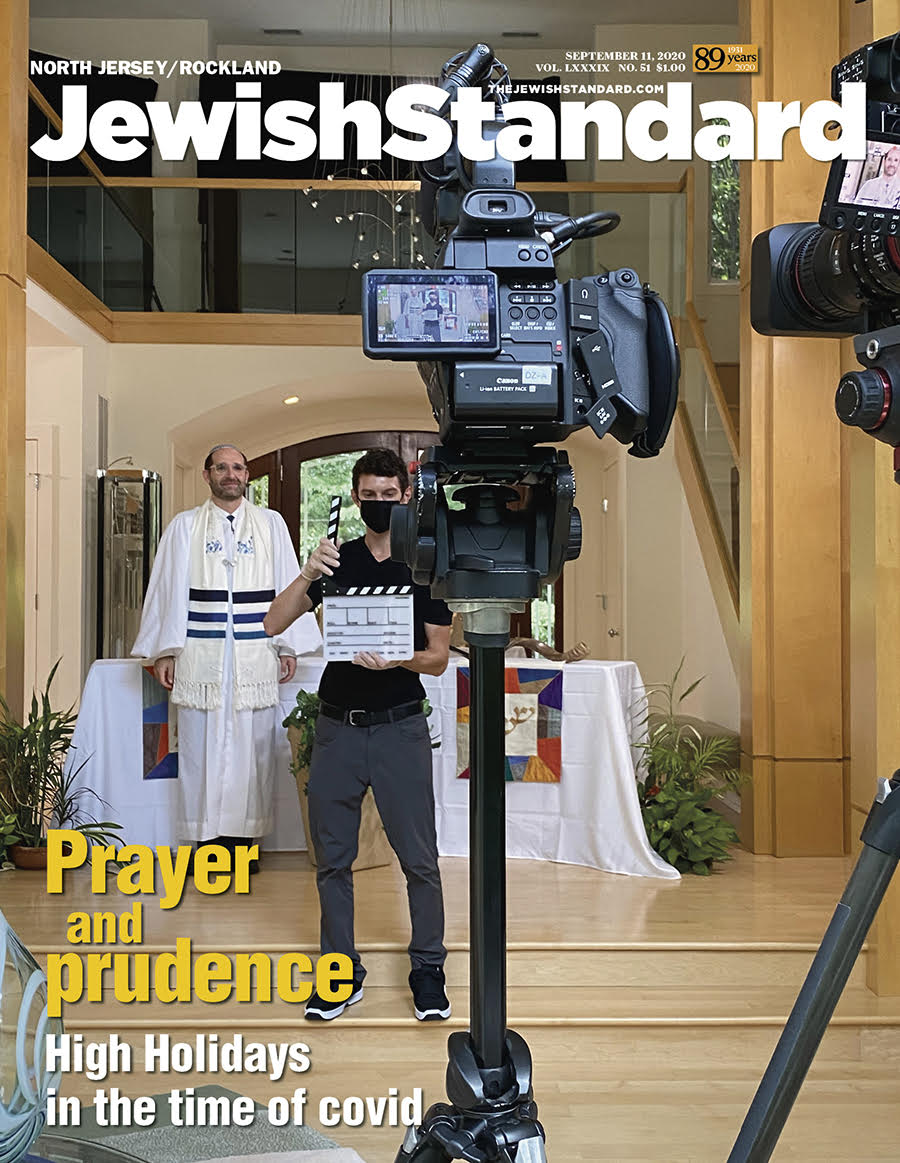