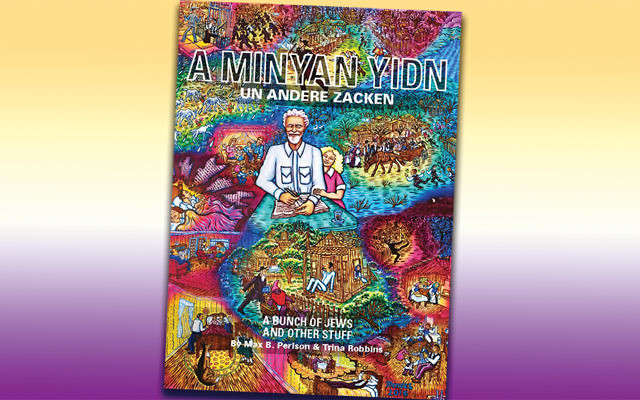 In 1938, the year Trina Robbins was born, her father, Max Perlson, published a book collecting stories he had written for Yiddish newspapers about life in a Belorussian shtetl and in Jewish New York, where he moved when he was 16.

“As a kid I knew my father had written a book but I didn’t care because it wasn’t in English,” Robbins recently said. “If anything I was ashamed that my father wrote in Yiddish because it meant he wasn’t American. I wanted to be American. I was unappreciative.”

Robbins grew up to be a cartoonist and a historian of comics. But she had forgotten about the book until her daughter stumbled across it at the Yiddish Book Center. So what do you do with your father’s recently unearthed book when you’re a cartoonist and a historian of comics? Robbins translated the book, adapted it into a graphic novel, and commissioned artists to illustrate its 14 chapters. Its publisher is now raising money for “A Minyan Yidn un Andere Zacken — A Bunch of Jews and Other Stuff” on Kickstarter at http://kck.st/2elUyEZ.