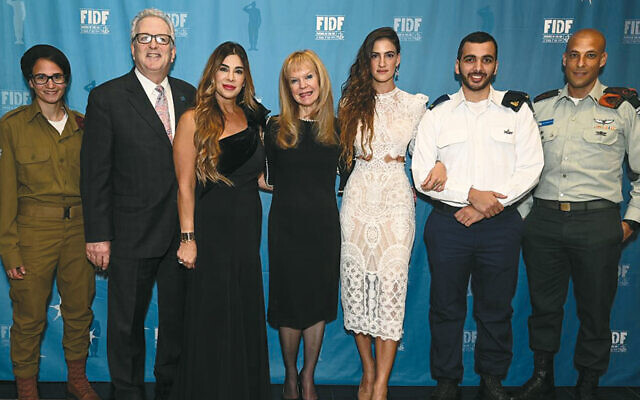 Ms. Shim’on, who plays the only woman in an Israeli counter-terrorism unit in the widely acclaimed series, joined emcee and TV personality Siggy Flicker and a delegation of visiting IDF soldiers for the evening.

Among the participating IDF soldiers were several lone soldiers — people who enlist in the IDF but do not have immediate family in Israel — from New Jersey; they included welfare officer Cpl. Peri, from Manalapan, and Sgt. Maya, serving in the Armored Corps Unit. The IDF delegation also featured several FIDF IMPACT! scholarship recipients whose donors come from New Jersey, including Sgt. Tal, whose donors are Russell and Abby Herman of Rumson; and Sgt. Anael, whose donor is Caroline Zucker of Lawrenceville.

“Our annual dinner is a wonderful opportunity to meet active-duty soldiers of different backgrounds, all with the same goal of protecting Israel,” Mr. Gases said. “We are so glad our supporters from the community had the chance to hear from Rona-Lee Shim’on and show support for the brave soldiers who defend Israel and directly benefit from FIDF’s important well-being and educational programs.”