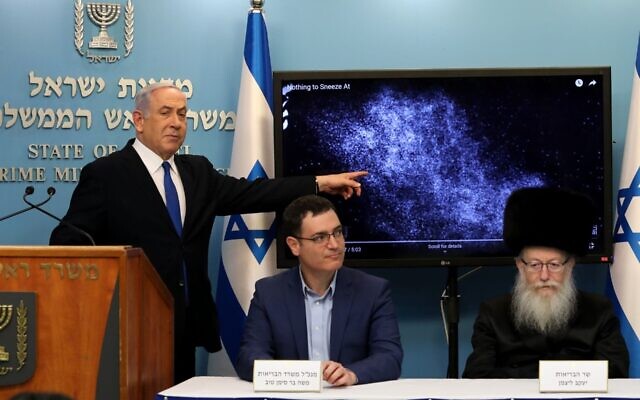 The director-general of Israel’s Health Ministry announced Tuesday that he is resigning on Thursday, after a new government is sworn in.

In a resignation letter addressed to current Health Minister Yaakov Litzman and to Prime Minister Benjamin Netanyahu, Moshe Bar Siman-Tov aid that he will remain with the ministry “for as long as is necessary and pass the torch to my replacement,” Ynet reported.

Bar Siman-Tov, an economist and the first director-general who was not a medical doctor, has reportedly been criticized by government officials for the very strict measures he ordered to combat the coronavirus. He disagreed with the government’s recent reopening of malls, markets, gyms, some shops and other public institutions.

Israel has drawn international praise for its firm lockdown, which has helped keep its fatality rate very low (just over 250 deaths as of Tuesday).

Bar Siman-Tov also reportedly had a falling out with Litzman — who contracted the coronavirus after allegedly attending a prayer service after they were banned — in recent weeks. Litzman will give up his job as health minister on Thursday and has requested to be named housing and construction minister.

“We had set two goals at the beginning of the pandemic: One was to ensure everyone needing treatment would receive it and the other was that Israel’s achievements in the handling of the crisis would be among the best in the world – and we have achieved both,” Bar-Siman-Tov wrote in his resignation letter.

But he also warned that Israel should not become complacent, and should prepare for a second wave of the virus and its effect on an already overburdened health system.