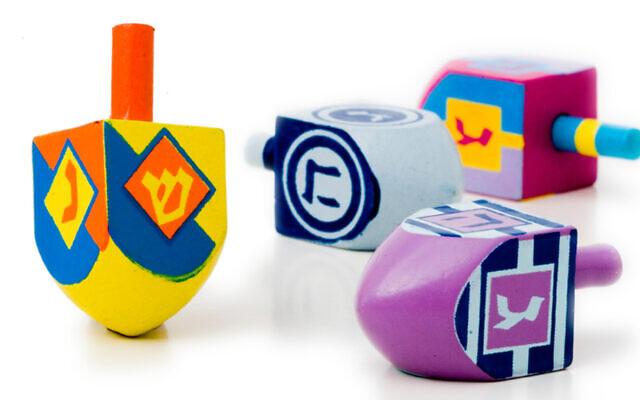 Do you have what it takes to bring home the trophy and be crowned the dreidel champion of the city of spin?

That’s the challenge posed by Chabad Rabbi Menachem Shemtov of Washington, D.C., advertising the “Ultimate Dreidel Spin-off & Game Night” it hosted in a Connecticut Avenue board game-themed bar on Monday night. Admission got you a drink and latkes, sufganiyot, and BBQ chicken wings. Yum! But, most promising for those of us who like change with our tradition, the evening also ushered in new rules for the traditionally disappointing game of dreidel.

As reported by DCist, the dreidel contest was planned to include a point system that would reward the skill of spinners, not just their luck.

Points were to be awarded for the length of the spin, as well as extra tricks like spinning the dreidel upside down or bouncing it.

Sadly, Rabbi Shemtov was unwilling to disclose the full point system to the media, for fear of encouraging some participants to train and reducing the fun for the more spontaneous attendees.

“I am positive that people are training,” Rabbi Shemtov told DCist. “I’ve received a few Facebook messages from people who say they’re going to win and are extremely confident in their ability to do so.”