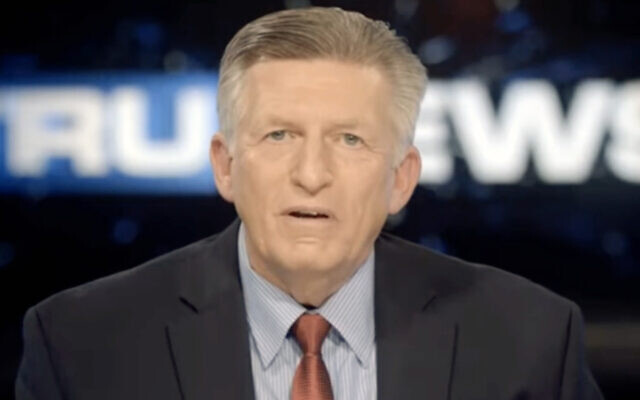 Rick Wiles, a Florida pastor known for his anti-Semitic conspiracy theories, is the founder of TruNews. (Screenshot from Vimeo)

Two Democratic Jewish Congress members have called on the White House to condemn anti-Semitic comments by TruNews founder and host Rick Wiles and deny TruNews any future access to the White House.

Reps. Ted Deutch of Florida and Elaine Luria of Virginia sent a letter on Monday to White House acting Chief of Staff Mick Mulvaney expressing surprise that TruNews participated in White House media events and Trump took a question from the website during a news conference.

In a video posted to the conservative TruNews YouTube channel on Nov. 22, Wiles, a Florida pastor known for his anti-Semitic conspiracy theories, called the effort to impeach President Donald Trump a “Jew Coup,” and said that Jews also will “kill millions of Christians” after they overthrow Trump.

“As members of Congress, we are committed to combating and preventing anti-Semitism and hatred of all kinds,” the letter signed by Deutch and Luria reads. “We believe that this requires a whole-of-government approach, including public statements by our national leaders to consistently and firmly reject anti-Semitic ideas, language, and violence.”

The letter continues: “An extremist website that frequently attacks Jews and other minorities has no place in the White House. President Trump and other officials in this Administration should publicly condemn these anti-Semitic conspiracy theories and make clear that anti-Semitism will not be tolerated by this White House, including from its supporters.”