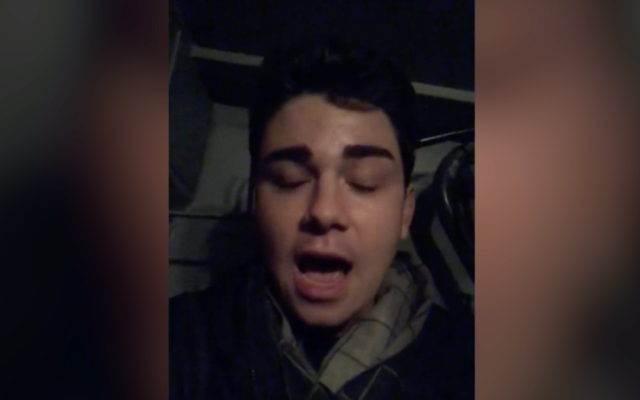 A 19-year-old American tourist posted to social media from under an Israeli bus. (Screen shot from Instagram)

An American tourist was trapped in the luggage hold of an Israeli bus while traveling from Tel Aviv to Jerusalem.

The 19-year-old from New Jersey called police from under the moving bus on Saturday night from his cell phone. Police, who tracked the bus using GPS, stopped the bus about 20 minutes later, Ynet reported. Ynet did not report from where in New Jersey the trapped teen hails.

The teen had climbed into the space under the bus to remove his suitcase when the door closed with him inside.

He posted on Instagram while trapped under the bus asking for help, according to the report.

“My heart is pounding fast, but I’m fine. I called the police. In the meantime, I’m here among all the bags and suitcases. It’s really stressful,” the teen said.