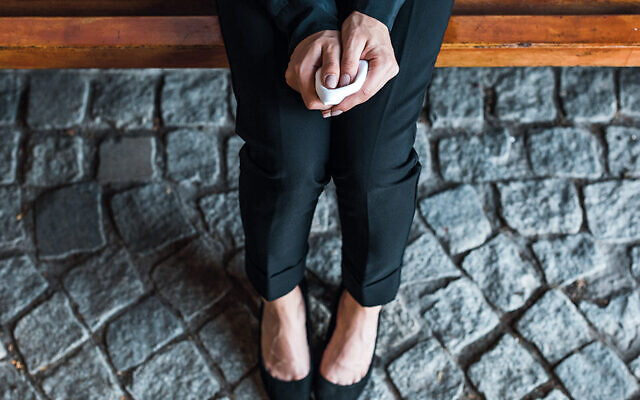 Barry Wien’s grandfather used to tell him stories about the 1918 Spanish Influenza pandemic.

“You could talk to somebody one day — and the next day they died,” Mr. Wien, of Eden Memorial Chapel in Fort Lee, recalls his grandfather Herman Wien saying.

His grandfather had started the family funeral business in 1910. “My grandfather used to tell me the funerals he had back in the day were with horse and wagons,” he said. “People died of tuberculosis, diphtheria, smallpox, you name it. And they did all the funerals. They didn’t have gloves when you transported the human remains.”

It was a different world then.

And it’s a different world now, where the funeral homes of Mr. Wien and his colleagues are operating under the unusual restrictions demanded by this time of pandemic. “First of all, people do not come into the building,” he said. “There’s nothing in the funeral home. Everything is at the cemetery.”

But these are not standard graveside funerals. Distancing requirements demand strict limits on how many people can gather by the grave.

Different cemeteries have different rules. New Jersey state guidelines have a maximum of 10 people at the funeral. That would be enough for a minyan.

But Cedar Park Cemetery in Paramus, one of the largest Jewish cemeteries in the region, “only allows three family members, a rabbi, and a funeral director,” Mr. Wein said.

Another challenge is the increase in the quantity of funerals. “It’s way, way up,” he said.

“We don’t have room in Fort Lee anymore. The refrigerators are full. The rooms are full. We had to do a tahara” — the ritual washing and preparation of the body — “at our our colleagues at Gutterman and Musicant in Hackensack. They’ve been wonderful for us.”

Meanwhile, “we’re shorthanded. A couple of our employees are out sick. We’re having trouble getting the shomers” — that’s the people who oversee the body as they recite psalms. “A lot of them live in the city, in Brooklyn. They don’t want to take public transportation to Fort Lee during the pandemic.

“We’re doing the best we can,” Mr. Wein said. “Funeral directors are all helping each other, which is a good thing. I got a call from a couple of funeral homes in New York and was able to help them out.” 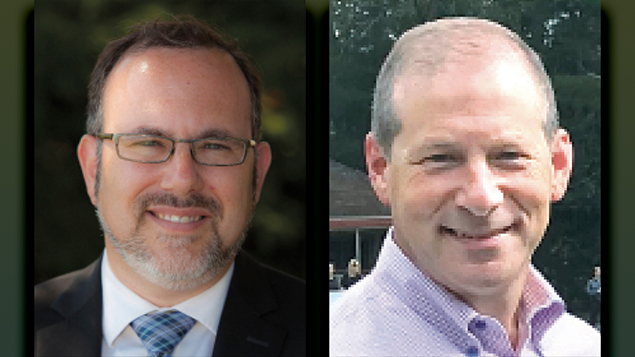 There are less visible changes behind the scenes. Rules have changed for performing the tahara, too.

According to another funeral director, when they are faced with the difficult issue of risking exposure to covid-19, some chevrei kadisha — synagogue-affiliated burial committees — “aren’t unzipping from the body bags. The majority of people who comprise the chevra are older, and may be immunocompromised. They don’t want to be exposing themselves.”

This funeral director, who spoke on condition of anonymity since she wasn’t authorized to speak for her company, said that others were willing to do a tahara on covid victims.

“We always have to take the stance the the niftar” — the dead person — “was infected with something. We work gowned up, with gloves. Even more so now. You have to do things like cover the nostrils and the mouth with cotton, which in the past you wouldn’t have done.

“During the rechitza” — that’s the first stage of washing the body — “we put bleach in the water.”

After the body is fully cleaned, it usually dipped in an onsite mikvah for the process of tahara — purification.

“Most of the chevrei kadisha have decided not to use the mikveh at all,” she said. “You don’t want pathogens in the mikveh water.”

Instead, they rinse the body with buckets of water from the mikveh.

Some of the changes to traditional practice are “heartbreaking,” the funeral director said.

At Cedar Park Cemetery, “they’re only allowing three family members at the grave, and one rabbi or cantor, and one funeral director. They do not allow the family to carry the casket. They’re not allowing the family to be there as the casket is lowered. That’s part of our tradition — we bury our own. It’s really very difficult. Everything we used to do as Jews is gone, from the washing, the tahara, to carrying our own caskets, to burying our own dead. It’s just horrible.”

Rabbi David Fine of Temple Israel and Jewish Community Center in Ridgewood said Cedar Park no longer provides shovels for mourners to use to place dirt on the casket. “Either people bring their own shovels, or else you pick up a little earth with your hands and throw it in,” he said.

“It’s terribly difficult for mourners. How do they say goodbye and bury a loved one when they can only pick three people to be there?”

“The rituals are important. Burials are not something we can stop doing. Especially in a time of plague, it’s an extremely important duty to perform. Yet we have to do it in such a different way than we’ve done it in the past.

“Very often people will do a shloshim service” — marking 30 days since a person’s death — “when you can’t gather for a funeral. But we don’t know that it will be different a month from now.”

Rabbi Craig Scheff of the Orangetown Jewish Center in Orangeburg said he tries to prepare families for the unpredictability of what will be allowed at the cemetery.

“It’s a sadder feeling when people can’t lean on each other except those who are sharing a household,” he said. “It’s a source of pain for everybody involved.”

After the small funeral at the cemetery, “people are doing virtual shivas,” Rabbi Fine said.

“Although it can’t compare with showing up, it’s a very important way to console individuals when they’re confronted with a loss. It’s a way to fulfill the essence of shiva so we don’t leave the mourner alone. If people suffer a loss now, they’re most in need of attention and the presence of others. Find out if they’ve organized a Zoom for shiva. If not, at least call. That’s really ally we can do. It’s more important than ever to make that phone call or find out the Zoom information for shiva.”

Rabbi Scheff said that in the Conservative and Reform communities, “all the rabbis I know are practicing a virtual minyan. As long as there are at least 10 people on a virtual space on a screen who can hear and see each other, my ruling is that it constitutes a minyan, so someone can cay Kaddish and the rest can answer amen to their prayers.

“The problem is holidays and Shabbat, when we can’t comfortably join in a virtual minyan halachically. We’re telling people to recite psalms in place of Kaddish. There’s a prayer we say that expresses the intention of Kaddish. Some people are organizing informally to be able to say Kaddish online if they’re not so halachiclly observant.”

And on-line minyans and shiva visits are without a doubt better than nothing, Rabbi Fine said.

“We’re lucky to have the technology to extend the presence now. Earlier times of plagues were not able to do that.”